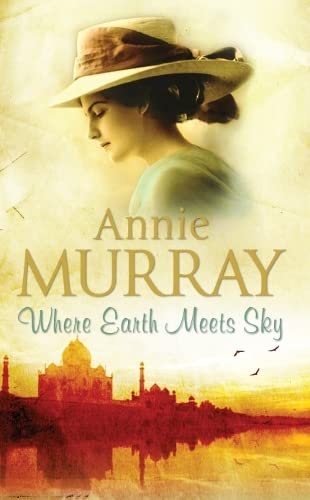 In Stock
£4.49
From the backstreets of Birmingham to the foothills of the Himalayas - a stunning new saga from the author of the bestselling Chocolate Girls
Like New Very Good
Only 2 left

Beautiful, dark-haired Lily has been abandoned in a Birmingham slum as a tiny child. With few clues as to her identity she endures a childhood of loneliness and loss. At eighteen she applies for a post as nanny with the family of a Captain Fairford, a soldier in Ambala, north India and his highly strung wife Susan. Lily is drawn into the emotional life of the Fairford family and adores her charge, two year old Cosmo.

When, in 1907, Captain Fairford orders a new Daimler car, it is brought out by a young motor mechanic, Sam Ironside. Sam and Lily fall deeply in love, and it is only later that Lily learns that Sam is married and feels utterly betrayed. When Cosmo is later sent home to school, Lily finds another post with a Dr. McBride and his invalid wife, in a beautiful Himalayan hill station. The place is idyllic, and Lily settles for a quiet life. However, she is unprepared for the pain and misunderstandings that follow and force her to run from everything she has known . . .

Where Earth Meets Sky takes us from Edwardian England and the British Raj, through the darkness of the Great War to the glamour of Brooklands Race Track in the 1920s. Spanning two continents, it is a story of enduring friendships and two hearts which cannot be kept apart.

Annie Murray was born in Berkshire and read English at St John's Oxford. Her first job took her to Birmingham where most of her books are set. Her first 'Birmingham' novel, Birmingham Rose, hit The Times bestseller list when it was published in 1995. She has subsequently written eight other successful novels, including, most recently, Family of Women. She has four children and now lives in Reading.

GOR010486611
Where Earth Meets Sky by Annie Murray
Annie Murray
Used - Like New
Paperback
Pan Macmillan
2007-05-04
512
0330446096
9780330446099
N/A
Book picture is for illustrative purposes only, actual binding, cover or edition may vary.
The book has been read, but looks new. The book cover has no visible wear, and the dust jacket is included if applicable. No missing or damaged pages, no tears, possible very minimal creasing, no underlining or highlighting of text, and no writing in the margins.