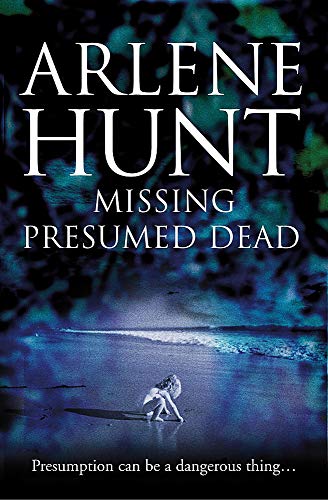 In Stock
£4.99
Presumption can be a dangerous thing
Very Good Good Well Read
Only 1 left

1980
M.P.D. - missing presumed dead: that's what everybody thought when Katie Jones, a beautiful blonde toddler, vanished while playing on the water's edge one hot summer's day. 2006
A young woman arrives on a Dublin doorstep wielding a gun. She shoots the man who opens the door, then turns the gun on herself. The woman is Katie Jones, and soon a lot of people - especially her family - are looking for answers. Where was she? Who took her all those years ago? And why did she shoot Walter Hogan, a retired GP, straight between the eyes before shooting herself?

John Quigley and Sarah Kenny of QuicK investigations are soon involved in their most difficult case so far. The pressure is building and, as they delve deeper into the murky world surrounding Katie Jones, they are unaware that somebody from Sarah's past is watching and waiting to strike when they least expect it.M.P.D. is a compulsive thriller that deals with loss, betrayal and revenge. John and Sarah are about to discover the cost of all three.

'It is grim, gritty, terrifying. And real.' - THE IRISH INDEPENDENT
PRAISE FOR VICIOUS CIRCLE
'A rivetting thriller!' - THE SUNDAY WORLD
'...gripping...Fascinating in its portrayal of the 'ordinary' women on the game and disquietening in its description of the 'ordinary' men who avail of their services, 'Vicious Circle' is a must read.'-U MAGAZINE
'An engaging thriller...An eye-opening representation of hidden Dublin society, 'Vicious Circle' is a transfixing whodunit, with the underlying sinister and sad truth that the work is founded on reality...'-EVENING HERALD
'Unique...frighteningly real.' - IRISH TATLER
It is rare to come across a thriller like this, which is well written and amusing as it is gritty and suspense-filled. * Irish Daily Mail *

Arlene Hunt is originally from Wicklow, but now lives in Dublin with her husband, daughter and a melee of useless, overweight animals. She is the author of the fast-paced, Dublin based crime-thriller series featuring John Kenny and Sarah Quigley from Quik Investigataions. Missing Presumed Dead is her fourth novel.

GOR000894299
Missing Presumed Dead by Arlene Hunt
Arlene Hunt
Used - Very Good
Paperback
Hachette Books Ireland
2008-01-03
432
0340921153
9780340921159
N/A
Book picture is for illustrative purposes only, actual binding, cover or edition may vary.
This is a used book - there is no escaping the fact it has been read by someone else and it will show signs of wear and previous use. Overall we expect it to be in very good condition, but if you are not entirely satisfied please get in touch with us.