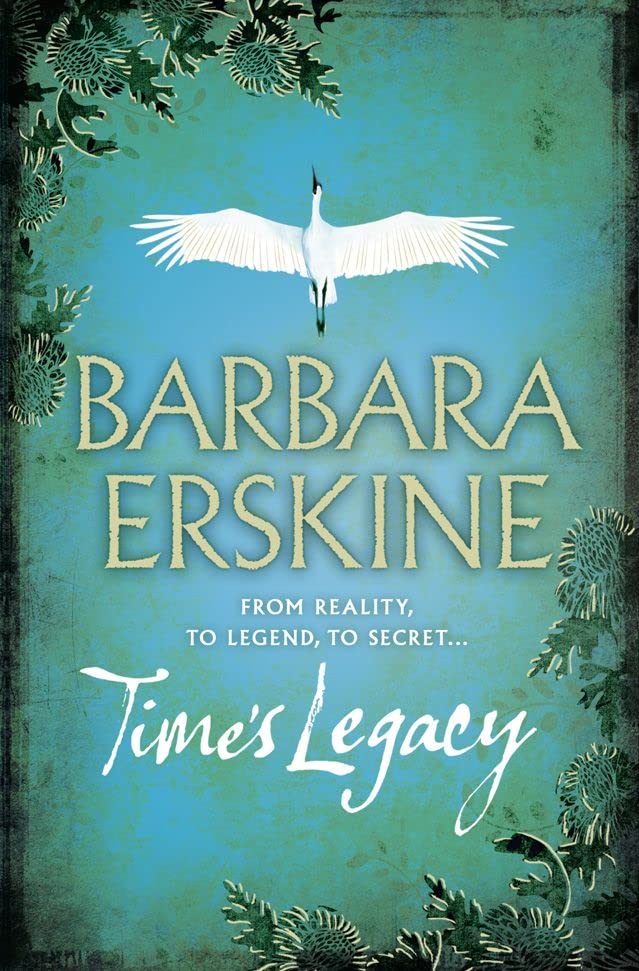 Ancient secrets buried deep in Glastonbury's past.
And one woman's quest to finally set them free.

Ancient secrets buried deep in Glastonbury's past.
And one woman's quest to finally set them free.

Cambridge, present day: Following the death of her mother, Abi Rutherford receives a mysterious bequest - a misshapen crystal sphere known as the Serpent's Stone, which gives her glimpses into mysteries long concealed by the church.

Western England, 25 AD: A stranger has come to the chilly Somerset wetlands, with a story of hope and reconciliation. But he is being followed by powerful forces, determined that he will not undermine Roman rule in Britain.

Abi questions what connects these ancient events and her gift. Why do so many people seem desperate to hide the truth?

A dark shadow has fallen across the centuries, and a woman is in fear for her life. But is it danger that awaits her, or the final truth so long whispered across the echoes of time?

GOR002450004
Time's Legacy by Barbara Erskine
Barbara Erskine
Used - Very Good
Paperback
HarperCollins Publishers
2011-02-03
544
0007302290
9780007302291
N/A
Book picture is for illustrative purposes only, actual binding, cover or edition may vary.
This is a used book - there is no escaping the fact it has been read by someone else and it will show signs of wear and previous use. Overall we expect it to be in very good condition, but if you are not entirely satisfied please get in touch with us.