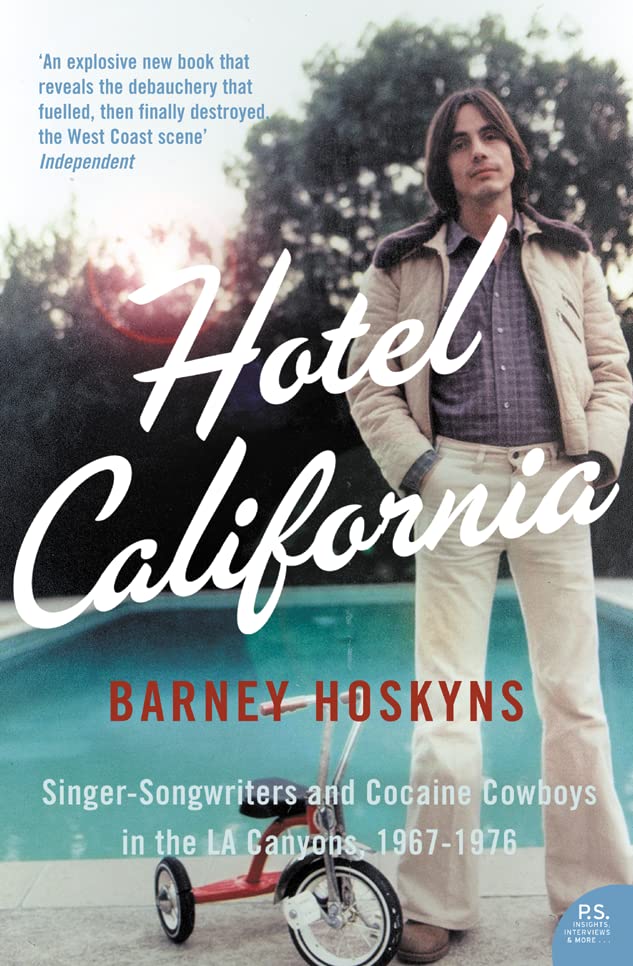 The story of a remarkable time and place: Los Angeles from the dawn of the singer-songwriter era in the mid-Sixties to the peak of The Eagles' success in the late Seventies.

Hotel California: Singer-songwriters and Cocaine Cowboys in the L.A. Canyons 1967-1976 by Barney Hoskyns

The story of a remarkable time and place: Los Angeles from the dawn of the singer-songwriter era in the mid-Sixties to the peak of The Eagles' success in the late Seventies.

`Hotel California' is an epic tale of songs and sunshine, drugs and denim, genius and greed, and is the first in-depth account of the LA Canyons scene between 1967 and 1976.

Hoskyn's history of this vital period in the development of today's great musical influences spans the rise of Joni Mitchell, Crosby Stills Nash and Young, The Eagles, James Taylor and Jackson Browne, and focuses on the brilliance and determination of David Geffen, the man who linked them all.

Covering genius, drug-crazed disintegration, and the myriad relationships between these artists and the songs that issued from them, and drawing on extensive interviews with countless stars, singers, writers, managers, executives and scenesters, `Hotel California' is a pop-culture classic.

`Hoskyns impresses with the sheer weight of testimony he has amassed and the skill with which he has woven it into a tightly coiled and elegiac narrative.' Christopher Silvester, Sunday Times

`A terrific account of the interface between idealism and squalor, art and commerce.' Guardian

`The author skillfully teases out the complex web of relationships between the artists, managers, and record executives who made up the West Coast's self-styled bohemian elite.' Ben Thompson, Independent

`if you are looking for the ingredients traditionally required of a good rock'n'roll story, then "Hotel California" has got the lot... An ambitious and authoritative account which makes overdue sense of a spectacularly decadent period of pop history' David Sinclair, Guardian

Rock historian Barney Hoskyns is the author of nine books and has written about music and pop culture for numerous publications including NME, The Times, Guardian, Vogue and Mojo, of which he was Associate Editor. He lives in London.

GOR001176416
Hotel California: Singer-songwriters and Cocaine Cowboys in the L.A. Canyons 1967-1976 by Barney Hoskyns
Barney Hoskyns
Used - Very Good
Paperback
HarperCollins Publishers
2006-07-17
416
0007177054
9780007177059
N/A
Book picture is for illustrative purposes only, actual binding, cover or edition may vary.
This is a used book - there is no escaping the fact it has been read by someone else and it will show signs of wear and previous use. Overall we expect it to be in very good condition, but if you are not entirely satisfied please get in touch with us.