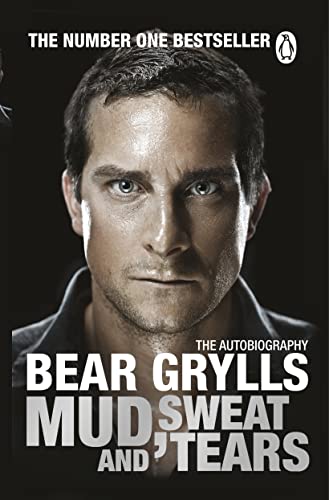 In Stock
£4.49
Bear Grylls is a man who has always sought the ultimate in adventure. However, only eighteen months later Bear became one of the youngest ever climbers to scale Everest, aged only twenty-three. Now, for the first time, Bear tells the story of his action-packed life.
Very Good Good
32 in stock

Bear Grylls is a man who has always sought the ultimate in adventure. Growing up on the Isle of Wight, he was taught by his father to sail and climb at an early age. As a teenager he found identity and purpose through both mountaineering and martial arts, which led the young adventurer to the foothills of the mighty Himalaya and a grandmaster's karate training camp in Japan. On returning home, he embarked upon the notoriously gruelling selection course for the British Special Forces to join 21 SAS - a journey that was to push him to the very limits of physical and mental endurance. Then, in a horrific free-fall parachuting accident, Bear broke his back in three places. It was touch and go whether he would ever walk again. However, only eighteen months later Bear became one of the youngest ever climbers to scale Everest, aged only twenty-three. But this was just the beginning of his many extraordinary adventures . . . Known and admired by millions, Bear Grylls has survived where few would dare to go. Now, for the first time, Bear tells the story of his action-packed life. Gripping, moving and wildly exhilarating, Mud, Sweat and Tears is a must-read for adrenalin junkies and armchair adventurers alike.

Bear Grylls' prime-time TV adventure series are some of the most watched shows on the planet, reaching an estimated 1.2 billion viewers in over 200 countries. Bear has authored twelve books, including the international bestseller Mud, Sweat and Tears, which has been translated into thirteen languages and was voted the most influential book in China in 2012. He originally served as a Trooper with 21 SAS, as part of the UK Reserve Special Forces, and subsequently led many record-breaking expeditions to the world's extremes, raising millions of pounds for children's charities. In recognition of this Bear was made an honorary Lieutenant Commander in the Royal Navy as well as a Colonel in the elite Royal Marines Commandos. In 2009, Bear took over as the youngest ever Chief Scout to the Scouting Association, acting as a figurehead to 30 million Scouts around the globe. He lives with his wife, Shara, and their three sons, Jesse, Marmaduke and Huckleberry, on a Dutch barge in London and on a small remote island off the coast of Wales.

GOR003851586
Mud, Sweat and Tears by Bear Grylls
Bear Grylls
Used - Very Good
Paperback
Transworld Publishers Ltd
2012-04-26
480
1905026498
9781905026494
Short-listed for Galaxy National Book Awards: Telegraph Biography of the Year 2011
Book picture is for illustrative purposes only, actual binding, cover or edition may vary.
The book has been read but remains in clean condition. All pages are intact and the cover is intact. Some minor wear to the spine.