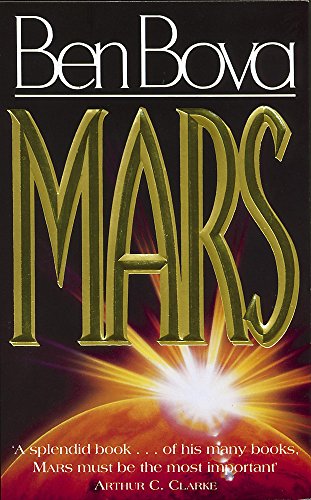 In Stock
£2.99
The most prescient book about space travel ever written, by one of the world's best science fiction writers.
Very Good
Only 2 left

To the harsh landscape of Sol's fourth planet travel thirteen astronauts, the best scientists from eleven nations, on a history-making voyage into the unknown. The international crew of the Mars mission have spent nine months in space, crossing 100 million kilometres, to reach the last great frontier. Their voyage is fraught with disputes, both personal and political, and their time on Mars limited to 'footprints and flags'; yet while there they will come face-to-face with the most incredible and shocking discovery of all.

The science fiction author who will have the greatest effect on the world. * Ray Bradbury *
A masterful storyteller * Vector *
Fun, thought-provoking, pacy and stylish . . . Gives a good read while turning your eyes to what might be in the not so distant future, just like Clarke and Asimov used to do so well. * SFX on VENUS *
A splendid book . . . of his many books, Mars must be the most important. * Arthur C. Clarke *
Vivid, poetic and wonder-provoking. * Foundation on JUPITER *

GOR002654407
Mars by Ben Bova
Ben Bova
Used - Very Good
Paperback
Hodder & Stoughton General Division
1993-01-07
576
0450577171
9780450577178
N/A
Book picture is for illustrative purposes only, actual binding, cover or edition may vary.
This is a used book - there is no escaping the fact it has been read by someone else and it will show signs of wear and previous use. Overall we expect it to be in very good condition, but if you are not entirely satisfied please get in touch with us.