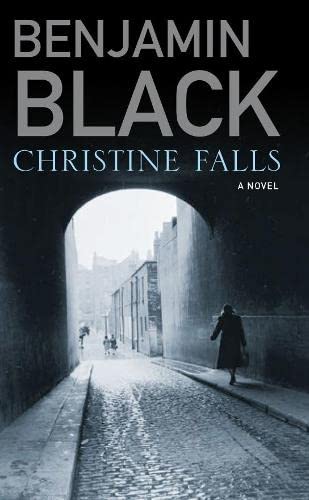 In Stock
£12.99
A compelling new crime series from the pen of Booker Prize winner John Banville
Very Good
Only 3 left

In the Pathology Department it was always night. This was one of the things Quirke liked about his job . . . it was restful, cosy, one might almost say, down in these depths nearly two floors beneath the city's busy pavements. There was too a sense here of being part of the continuance of ancient practices, secret skills, of work too dark to be carried on up in the light.

But one night, late after a party, Quirke stumbles across a body that shouldn't have been there . . . and his brother-in-law, eminent paediatrician Malachy Griffin - a rare sight in Quirke's gloomy domain - altering a file to cover up the corpse's cause of death.

It is the first time Quirke encounters Christine Falls, but the investigation he decides to lead into the way she lived - and the reason she died - disturbs a dark secret that has been festering at the core of Dublin's high Catholic society, a secret ready to destablize the very heart and soul of Quirke's own family . . .

Benjamin Black is the pen name of acclaimed author John Banville, who was born in Wexford, Ireland, in 1945. His novels have won numerous awards, most recently the Man Booker Prize in 2005 for The Sea. He lives in Dublin.

GOR000804284
Christine Falls by Benjamin Black
Benjamin Black
Quirke Mysteries
Used - Very Good
Hardback
Pan Macmillan
2006-10-06
400
0330445316
9780330445313
N/A
Book picture is for illustrative purposes only, actual binding, cover or edition may vary.
This is a used book - there is no escaping the fact it has been read by someone else and it will show signs of wear and previous use. Overall we expect it to be in very good condition, but if you are not entirely satisfied please get in touch with us.