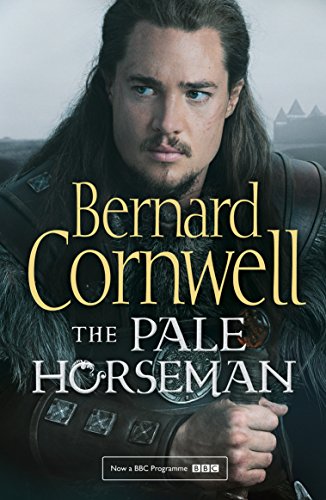 ALONE IN A SEA OF ENEMIES. BOUND TOGETHER BY LOYALTY, BELIEF AND DESPERATION.

Wessex, led by the pious King Alfred, is the last Saxon stronghold against the savage strength of the Vikings. Now it is struggling for its very existence. Uhtred, a Saxon raised by Vikings, is no ordinary warrior. As sharp of mind as he is of sword, his lust for life and battle sits badly with Alfred and his priests. But they face dire odds and Uhtred's unique knowledge and fearlessness mean that he may be their only hope in the coming battle ...

'NOBODY IN THE WORLD DOES THIS BETTER'
Lee Child

GOR007003826
9780008139483
0008139482
The Pale Horseman (The Last Kingdom Series, Book 2) by Bernard Cornwell
Bernard Cornwell
The Last Kingdom Series
Used - Very Good
Paperback
HarperCollins Publishers
2015-10-08
432
N/A
Book picture is for illustrative purposes only, actual binding, cover or edition may vary.
This is a used book - there is no escaping the fact it has been read by someone else and it will show signs of wear and previous use. Overall we expect it to be in very good condition, but if you are not entirely satisfied please get in touch with us
Trustpilot