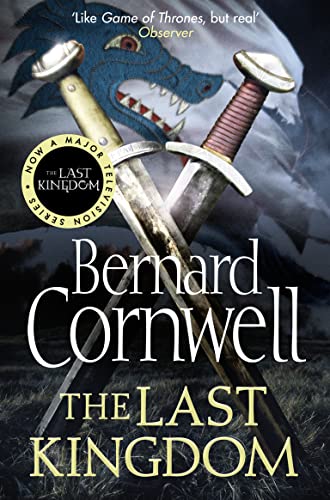 The first book in Bernard Cornwell's epic and bestselling series on the making of England and the fate of his great hero, Uhtred of Bebbanburg.

The first book in Bernard Cornwell's epic and bestselling series on the making of England and the fate of his great hero, Uhtred of Bebbanburg.

GOR001211999
The Last Kingdom (The Last Kingdom Series, Book 1) by Bernard Cornwell
Bernard Cornwell
The Last Kingdom Series
Used - Very Good
Paperback
HarperCollins Publishers
2005-09-28
352
000721801X
9780007218011
N/A
Book picture is for illustrative purposes only, actual binding, cover or edition may vary.
This is a used book - there is no escaping the fact it has been read by someone else and it will show signs of wear and previous use. Overall we expect it to be in very good condition, but if you are not entirely satisfied please get in touch with us.