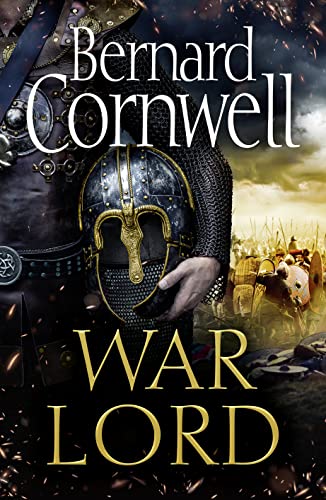 IN THE FINAL RECKONING, CHOOSE YOUR SIDE CAREFULLY...

The epic conclusion to the globally bestselling historical series.

After years fighting to reclaim his rightful home, Uhtred of Bebbanburg has returned to Northumbria. With his loyal band of warriors and a new woman by his side, his household is secure - yet Uhtred is far from safe. Beyond the walls of his impregnable fortress, a battle for power rages.

To the south, King AEthelstan has unified the three kingdoms of Wessex, Mercia and East Anglia - and now eyes a bigger prize. To the north, King Constantine and other Scottish and Irish leaders seek to extend their borders and expand their dominion.

Caught in the eye of the storm is Uhtred. Threatened and bribed by all sides, he faces an impossible choice: stay out of the struggle, risking his freedom, or throw himself into the cauldron of war and the most terrible battle Britain has ever experienced. Only fate can decide the outcome.

The epic story of how England was made concludes in WAR LORD, the magnificent finale to the Last Kingdom series.

'Cornwell's skill [is] in ageing his warrior-hero, who now creaks as he fights and is haunted by those he has loved and lost' THE TIMES

NGR9780008183950
War Lord (The Last Kingdom Series, Book 13) by Bernard Cornwell
Bernard Cornwell
The Last Kingdom Series
New
Hardback
HarperCollins Publishers
2020-10-15
352
0008183953
9780008183950
N/A
Book picture is for illustrative purposes only, actual binding, cover or edition may vary.
This is a new book - be the first to read this copy. With untouched pages and a perfect binding, your brand new copy is ready to be opened for the first time.