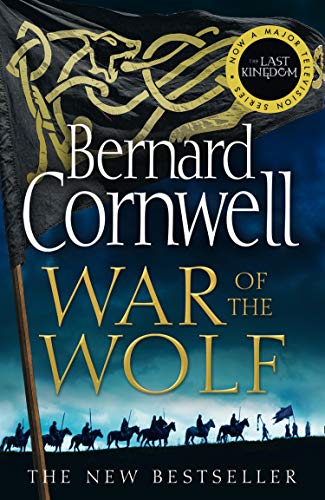 War of the Wolf
by Bernard Cornwell

The 11th book in the epic and bestselling series that has gripped millions.

War of the Wolf Summary

War of the Wolf (The Last Kingdom Series, Book 11) by Bernard Cornwell

The 11th book in the epic and bestselling series that has gripped millions.

Lord Uhtred of Bebbanburg knows that peace is far from reach. Though he has won the battle for his ancestral home, rebellion looms in Mercia and invading Norsemen appear at every turn.

With the country in turmoil, Uhtred comes face-to-face with King Skoll, a violent Norseman leading an army of ulfhedinn, or wolf warriors, hellbent on seizing a kingdom - and killing any in his path.

Surrounded and outnumbered by new enemies, Uhtred must call on all his skill and courage to survive, and prevent his beloved Northumbria from falling to the Viking hoards.

War of the Wolf Reviews

Praise for WAR OF THE WOLF:

'Excellent ... Cornwell is masterly' THE TIMES

'Brilliantly described ... Cornwell's many fans can only rejoice' SUNDAY TIMES

GOR009972582
War of the Wolf (The Last Kingdom Series, Book 11) by Bernard Cornwell
Bernard Cornwell
The Last Kingdom Series
Used - Like New
Paperback
HarperCollins Publishers
2019-06-01
352
0008183864
9780008183868
N/A
Book picture is for illustrative purposes only, actual binding, cover or edition may vary.
This is a used book - there is no escaping the fact it has been read by someone else and it will show signs of wear and previous use. Overall we expect it to be in very good condition, but if you are not entirely satisfied please get in touch with us.