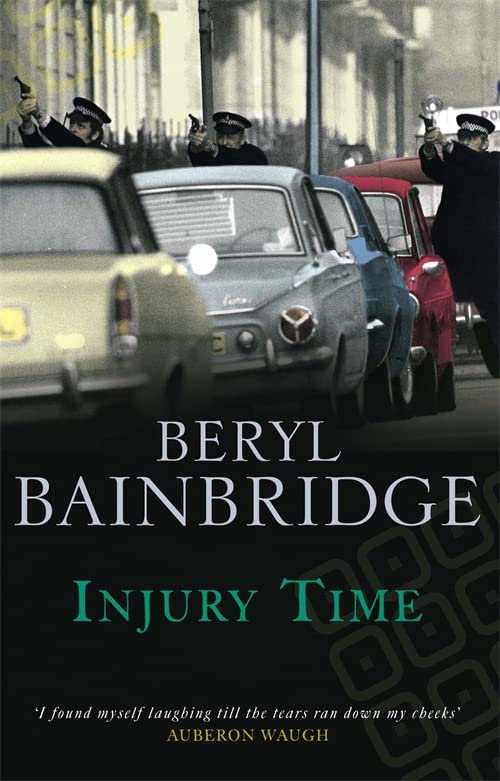 In Stock
£3.59
* A gripping thriller based on a real life event (the Balcombe Street siege)
Very Good
7 in stock

Edward is throwing a dinner party with Binny , his mistress. Aware that she has long been denied those small intimacies that his wife takes for granted - choosing a birthday present for his sister, for example, or sorting his socks - he wants to give her a chance to feel more involved in his life, to socialise with some of his friends (the discreet ones). Things are a little awkward to begin with - a late start and him having to be away by half past ten - but everything seems to be going well. But then some uninvited, and reather forceful guests arrive, and it doesn't look like Edward is going to make it home on time.

I found myself laughing till the tears ran down my cheeks ... it is all horribly true to life ... a most excellent book and no one should miss it * Auberon Waugh *
Painfully comical and well observed ... the constant frissons of anxiety and embarassment make it all the funnier * SUNDAY TIMES *
Beryl Bainbridge is a genuine original, with a macabre imagination and a wonderful gift for catching tones of speech * NEW YORK REVIEW OF BOOKS *

Beryl Bainbridge wrote seventeen novels, two travel books and five plays for stage and television, she was shortlisted for the Booker Prize five times, and won literary awards including the Whitbread Prize and the Author of the Year Award at the British Book Awards. She died in July 2010.

GOR000921443
Injury Time by Beryl Bainbridge
Beryl Bainbridge
Used - Very Good
Paperback
Little, Brown Book Group
2003-10-02
224
0349116113
9780349116112
N/A
Book picture is for illustrative purposes only, actual binding, cover or edition may vary.
This is a used book - there is no escaping the fact it has been read by someone else and it will show signs of wear and previous use. Overall we expect it to be in very good condition, but if you are not entirely satisfied please get in touch with us.