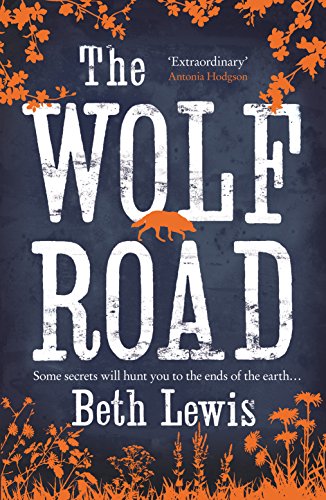 The Wolf Road
by Beth Lewis

A debut literary thriller from an incredible new voice. What do you do when the man who gave you everything turns out to be a killer? Perfect for fans of STATION ELEVEN by Emily St. John Mandel.

The Wolf Road by Beth Lewis

A debut literary thriller from an incredible new voice. What do you do when the man who gave you everything turns out to be a killer? Perfect for fans of STATION ELEVEN by Emily St. John Mandel.

Trapper was my family even though I didn't know a sure thing about him... Trapper was the kind a' family you choose for yourself, the kind that gets closer'n blood.

He was what I chose and I chose wrong.

Lost in the harsh forest as a child, Elka was taken in and raised by the man she calls Trapper, the solitary hunter who taught her all she knows. So when Elka sees the Wanted poster in town, her simple existence is shattered. Her Trapper - Kreagar Hallet - is wanted for murder. Even worse, Magistrate Lyon is hot on his trail, and she wants to talk to Elka.

As winter sets in, Elka flees into the vast wilderness, determined to find her real parents. But Lyon is never far behind, and she's not the only one following Elka's every move. Soon Elka must confront the darkest memories of her past- and end Trapper's killing spree for good.

`An intriguing tale of post apocalyptic survival ... One of those books one picks up instead of turning on the television ... Read this book for the characters and the tale of how they develop against a stark backdrop of survival in a crumbled world' Robin Hobb

`What a voice Elka has, marvellously sustained' Rob Ewing, author of The Last of Us

`Arresting ... Lewis takes the reader on an odyssey that highlights the striking wilderness landscape and Elka's grit' Publishers Weekly

`The Wolf Road is an extraordinary novel - dark and funny and full of wild energy. Elka is a brilliant creation - fierce and vulnerable at the same time. Her story and her voice pull you in from the first page and never let you go. Gripping and unforgettable' Antonia Hodgson, author of The Devil in the Marshalsea

`The Wolf Road drew me in from the first page and had me on the edge of my seat, white knuckled and breathless until I reached the end... Unlike anything I've ever read. 5 Stars' Goodreads Reviewer

`Excellent read. I couldn't put it down, and when everything began to unfold my jaw literally dropped. 5 stars' Goodreads Reviewer

`A remarkable novel in so many ways... Elka is a fantastic, memorable creation with such a wonderful distinct voice... A book of the year for me' For Winter Nights Blog

`Quite simply, brilliant. Wonderfully written, with a superbly strong female lead the like of which I've not seen for a very long time' Espressococo.com

This is an exceptional debut from Beth Lewis and a cracking good read. The book is just like one of Elka's snares, traps you and doesn't let go until the final page' Tattooed Book Geek

Beth Lewis was raised in the wilds of Cornwall and split her childhood between books and the beach. She has travelled extensively throughout the world and has had close encounters with black bears, killer whales, and Great White sharks. She has been, at turns, a bank cashier, fire performer, juggler, and is currently a Managing Editor at a leading London publisher.

GOR008227972
The Wolf Road by Beth Lewis
Beth Lewis
Used - Very Good
Paperback
HarperCollins Publishers
2017-03-23
400
0008145482
9780008145484
N/A
Book picture is for illustrative purposes only, actual binding, cover or edition may vary.
This is a used book - there is no escaping the fact it has been read by someone else and it will show signs of wear and previous use. Overall we expect it to be in very good condition, but if you are not entirely satisfied please get in touch with us.