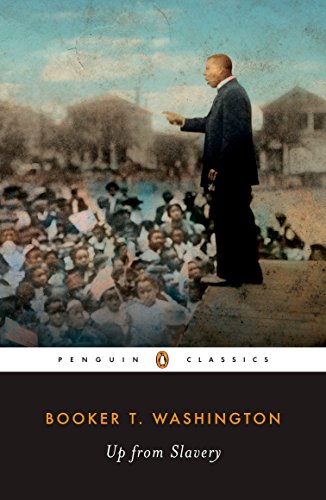 Up from Slavery
by Booker T. Washington

In Stock
£6.99
An autobiography that presents nineteenth-century African American businessman, activist, and educator Booker Taliaferro Washington's ascendance from early life as a mulatto slave in Virginia to a 34-year term as president of the influential, agriculturally based Tuskegee Institute in Alabama.
Very Good Good
5 in stock

Up from Slavery Summary

Nineteenth-century African American businessman, activist, and educator Booker Taliaferro Washington's "Up from Slavery" is one of the greatest American autobiographies ever written. Its mantras of black economic empowerment, land ownership, and self-help inspired generations of black leaders, including Marcus Garvey, Elijah Muhammad, Malcolm X, and Louis Farrakhan. In rags-to-riches fashion, Washington recounts his ascendance from early life as a mulatto slave in Virginia to a 34-year term as president of the influential, agriculturally based Tuskegee Institute in Alabama. From that position, Washington reigned as the most important leader of his people, with slogans like 'cast down your buckets', which emphasized vocational merit rather than the academic and political excellence championed by his contemporary rival W.E.B. Du Bois. Though many considered him too accommodating to segregationists, Washington, as he said in his historic 'Atlanta Compromise' speech of 1895, believed that 'political agitation alone would not save [the Negro]', and that 'property, industry, skill, intelligence, and character' would prove necessary to black Americans' success. The potency of his philosophies are alive today in the nationalist and conservative camps that compose the complex quilt of black American society.

Booker T. Washington (1856-1915) was born a slave on a Virginia farm. Later freed, he headed and developed the Tuskegee Institute and became a leader in education. Widely considered a spokesman for his people, he emphasized social concern in three books as well as his autobiography.

GOR003888964
Up from Slavery: An Autobiography: An Autobiography by Booker T. Washington
Booker T. Washington
Used - Very Good
Paperback
Penguin Books Ltd
1986-01-07
400
0140390510
9780140390513
N/A
Book picture is for illustrative purposes only, actual binding, cover or edition may vary.
This is a used book - there is no escaping the fact it has been read by someone else and it will show signs of wear and previous use. Overall we expect it to be in very good condition, but if you are not entirely satisfied please get in touch with us.