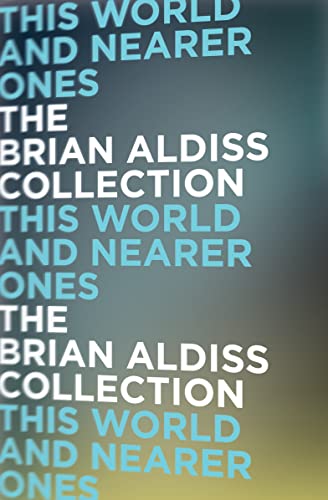 This World and Nearer Ones
by Brian Aldiss

Aldiss' acclaimed 1979 essay collection reissued for the first time in over thirty years.

This World and Nearer Ones Summary

This World and Nearer Ones by Brian Aldiss

Aldiss' acclaimed 1979 essay collection reissued for the first time in over thirty years.

Most of the arts - architecture, music, painting, cinema - come under review in this thought-provoking collection of essays first published in 1979.

Aldiss writes here with characteristic humour the complex unity of art and science which forms the inner mystery of science fiction, and reveals new aspects whilst `exploring the familiar'.

Brian says: `A collection of essays on a wide variety of subjects, including literature, film, politics, current affairs, art and the author's own life.'

This World and Nearer Ones Reviews

'For decades, Brian Aldiss has been among our most prolific and consistently stylish writers.' THE TELEGRAPH

`The best of British science fiction writers.' THE SCOTSMAN

Brian Aldiss, OBE, is a fiction and science fiction writer, poet, playwright, critic, memoirist and artist. He was born in Norfolk in 1925. After leaving the army, Aldiss worked as a bookseller, which provided the setting for his first book, The Brightfount Diaries (1955). His first published science fiction work was the story `Criminal Record', which appeared in Science Fantasy in 1954. Since then he has written nearly 100 books and over 300 short stories.

GOR005595649
This World and Nearer Ones by Brian Aldiss
Brian Aldiss
Used - Very Good
Paperback
HarperCollins Publishers
2013-08-29
200
0007482345
9780007482344
N/A
Book picture is for illustrative purposes only, actual binding, cover or edition may vary.
This is a used book - there is no escaping the fact it has been read by someone else and it will show signs of wear and previous use. Overall we expect it to be in very good condition, but if you are not entirely satisfied please get in touch with us.