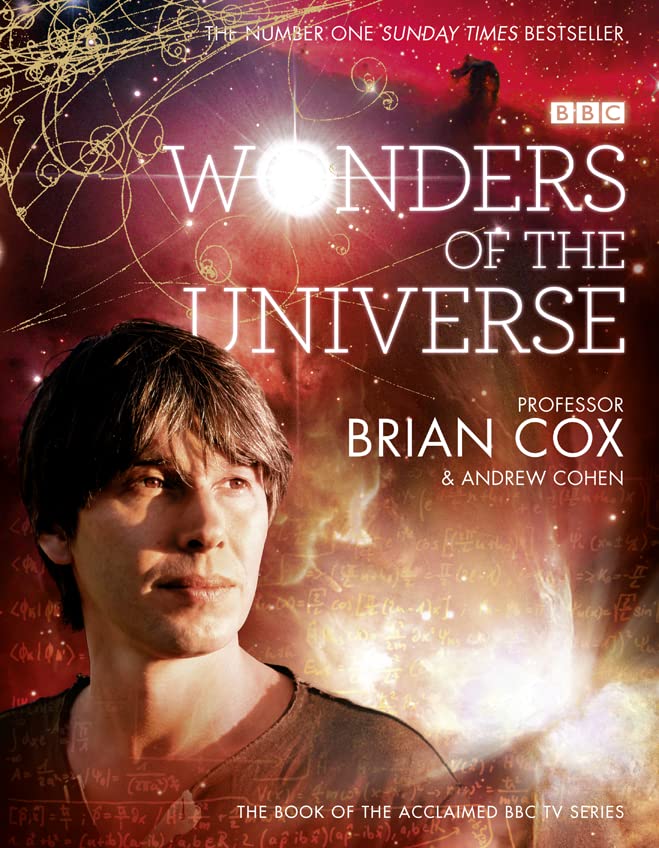 Wonders of the Universe
by Brian Cox

Professor Brian Cox is back with another insightful and mind-blowing exploration of space. This time he shows us our universe as we've never seen it before.

Wonders of the Universe Summary

Wonders of the Universe by Brian Cox

Professor Brian Cox is back with another insightful and mind-blowing exploration of space. This time he shows us our universe as we've never seen it before.

13.7 billion years old. 93 billion light years wide. It contains over 100 billion galaxies, each containing hundreds of billions of stars. This infinite, vast and complex Universe has been the subject of human fascination and scientific exploration for thousands of years. The wonders of the Universe might seem alien to us and impossible to understand, but away from the telescopes, the labs and the white coats, Professor Brian Cox uses the evidence found in the natural world around us to explain its simple truths.

The same laws of light, gravity, time, matter and energy that govern us here on Earth are the same as those applied in the Universe. Using 3D CGI imagery, his expert knowledge and his infectious enthusiasm, Professor Cox shows us that if we can understand the impact of these governing laws on Earth it will bring us a step closer to an understanding of our Universe.

Wonders of the Universe Reviews

`If you didn't utter a wow watching the TV, you will while reading the book.'
The Times

`In this book of the acclaimed BBC2 TV series, Professor Cox shows us the cosmos as we have never seen it before - a place full of the most bizarre and powerful natural phenomena.'
Sunday Express

`Will entertain and delight ... what a priceless gift that would be.'
Independent on Sunday

Professor Brian Cox, OBE is a particle physicist, a Royal Society research fellow, and a professor at the University of Manchester as well as researcher on one of the most ambitious experiments on Earth, the ATLAS experiment on the Large Hadron Collider in Switzerland. He is best known to the public as a science broadcaster and presenter of the highly popular BBC2 series `Wonders of the Solar System'. He was also the keyboard player in the UK pop band D:Ream in the 1990s.

GOR002946508
Wonders of the Universe by Brian Cox
Brian Cox
Used - Very Good
Hardback
HarperCollins Publishers
2011-03-03
256
0007395825
9780007395828
Short-listed for Galaxy National Book Awards: More4 Popular Non-Fiction Book of the Year 2011
Book picture is for illustrative purposes only, actual binding, cover or edition may vary.
This is a used book - there is no escaping the fact it has been read by someone else and it will show signs of wear and previous use. Overall we expect it to be in very good condition, but if you are not entirely satisfied please get in touch with us.