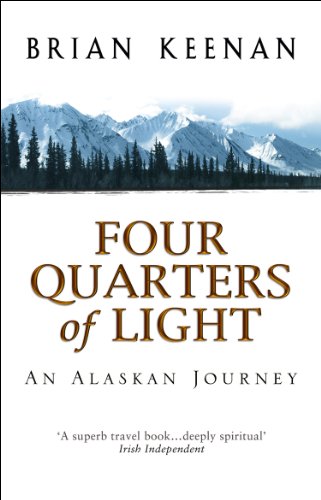 Out of Stock
Brian Keenan's fascination with Alaska began as a small boy while reading Jack London's wondrous Call of the Wild.
Very Good
Only 0 left

Brian Keenan's fascination with Alaska began as a small boy while reading Jack London's wondrous Call of the Wild. With a head full of questions about its inspiring landscape and a heart informed by his love of desolate and barren places, Brian Keenan sets out for Alaska to discover its four geographical quarters from snowmelt in May to snowfall in September, and en route, finds a land as fantastical as a fairytale but whose vastness has a very peculiar type of allure... From dog-mushing on a frozen lake beneath the whirling colours of the aurora borealis to camping in a two dollar tent in the tundra of the arctic circle, Brian Keenan seeks out the ultimate wilderness experience and along the way, encounters hard-core survivalists who know what struggle and endurance mean from their daily battle with nature to exist.He discovers that true wilderness is as much a state of mind as it is a place.And ultimately to make Alaska home, one must surrender to the land.

"'A superb travel book...deeply spiritual'" * Irish Independent *
"'An excellent travelogue...full of one-off characters vividly brought to life...an engaging and articulate book that does much to illuminate America's Last Frontier'" * Daily Telegraph *
"'Wonderfully evocative and at times quite extraordinarily moving. There are many moments you carry with you long after you've turned the last page. Magic'" * Sunday Tribune *
"'Combines a Bill Bryson like directness with an intimate soul searching agenda, reminiscent in places of the introspective insights that made An Evil Cradling so memorable'" * The Herald *

Brian Keenan is a writer and poet. An Evil Cradling, the story of his four years' captivity in Beirut, is recognized as a non-fiction classic. He is also the author of a travel book, Between Extremes, with John McCarthy, and a novel, Turlough.

GOR001147133
Four Quarters Of Light by Brian Keenan
Brian Keenan
Used - Very Good
Paperback
Transworld Publishers Ltd
2005-10-01
448
0552999733
9780552999731
N/A
Book picture is for illustrative purposes only, actual binding, cover or edition may vary.
This is a used book - there is no escaping the fact it has been read by someone else and it will show signs of wear and previous use. Overall we expect it to be in very good condition, but if you are not entirely satisfied please get in touch with us.