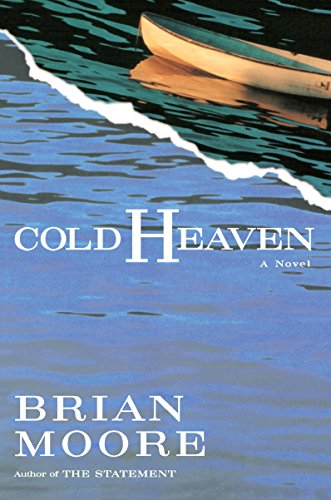 "One of the finest writers of our time."--Ian Thomson, The Guardian

"An entertainment, a theological Twilight Zone episode, a modernized Bernadette of Lourdes."--Kirkus

Brian Moore was born in Belfast, Northern Ireland, in 1921. He served with the Ministry of War in North Africa, Italy, and France during the Second World War. He emigrated to Canada in 1948 and worked as a newspaper reporter for the Montreal Gazette from 1948 until 1952.

While living in Canada, Moore wrote his first three novels, The Lonely Passion of Judith Hearne, The Feast of Lupercal, and The Luck of Ginger Coffey, the first two set in Belfast, the third in Montreal. In 1959 he moved to the United States, but Canada continued to play a role in his later novels, including I Am Mary Dunne, The Great Victorian Collection, and Black Robe. His many honours included two Governor General's Awards for Fiction.

GOR004838412
Cold Heaven by Brian Moore
Brian Moore
Used - Very Good
Paperback
Penguin Putnam Inc
1997-05-31
272
0452278678
9780452278677
N/A
Book picture is for illustrative purposes only, actual binding, cover or edition may vary.
This is a used book - there is no escaping the fact it has been read by someone else and it will show signs of wear and previous use. Overall we expect it to be in very good condition, but if you are not entirely satisfied please get in touch with us.