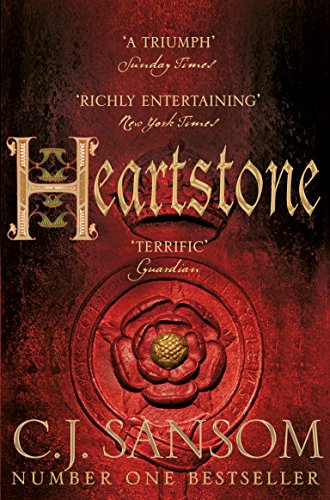 England, 1545: England is at war. Henry VIII's invasion of France has gone badly wrong, and a massive French fleet is preparing to sail across the Channel. As the English fleet gathers at Portsmouth, the country raises the largest militia army it has ever seen. The King has debased the currency to pay for the war, and England is in the grip of soaring inflation and economic crisis.

Meanwhile Matthew Shardlake is given an intriguing legal case by an old servant of Queen Catherine Parr. Asked to investigate claims of "monstrous wrongs" committed against a young ward of the court, which have already involved one mysterious death, Shardlake and his assistant Barak journey to Portsmouth.

Once arrived, Shardlake and Barak find themselves in a city preparing to become a war zone; and Shardlake takes the opportunity to also investigate the mysterious past of Ellen Fettiplace, a young woman incarcerated in the Bedlam. The emerging mysteries around the young ward, and the events that destroyed Ellen's family nineteen years before, involve Shardlake in reunions both with an old friend and an old enemy close to the throne. Events will converge on board one of the King's great warships, primed for battle in Portsmouth harbour . . .

A bestselling phenomenon, the Shardlake series is perfect for fans of Hilary Mantel's The Mirror and the Light. Continue the gripping historical series with Lamentation and Tombland.

A virtuoso twisting together of Tudor history and murder mystery that bristles with skulduggery, suspicious behaviour and sinister deaths. * Sunday Times Culture *
Fans will need no introduction to Matthew Shardlake, the lawyer embroiled in dark secrets during the reign of Henry VIII. Newcomers can discover why Sansom's Tudor mysteries exert such a pull. * The Independent *
The best novel in this richly entertaining series . . . History never seemed so real. * New York Times *
In my review of the previous Shardlake novel, Revelation, in these pages I described it as the best yet. Well, Heartstone is better . . . Sansom is now so settled in his milieu and at home with his characters that the story canters along effortlessly, while Tudor England is recreated with such attention to detail the reader feels propelled back in time. * Tribune *
If you have a taste for period novels that marry gamey locales with incident-stuffed plotting, C. J. Sansom's books featuring his hunchback lawyer Matthew Shardlake are essential reading . . . Shardlake's battle with chicanery in every echelon of Tudor England is riveting. -- Barry Forshaw * Independent Best Books for Christmas *
Sansom's latest virtuoso twisting together of Tudor history and mystery is set in 1545, when Henry VIII's fraught nation faced imminent invasion by the French. Amid a tour de force re-creation of that jittery time (culminating in terrifically atmospheric scenes aboard the pride of the king's war fleet, the Mary Rose), a cunningly crafted whodunit plot irresistibly bristles with skulduggery, suspicious behaviour and sinister deaths. -- Peter Kemp * Sunday Times Culture *
C. J. Sansom has created a convincingly realistic Tudor detective in Matthew Shardlake. He lives and breathes in an utterly convincing world, drawing the reader into the darker corners of history. -- Philippa Gregory, author of The Other Boleyn Girl
. . . the pace and tension hot up splendidly as Shardlake's inquiries take him to the Hampshire home of a family with a great deal to hide. A wholly unexpected twist takes us to a superb denouement aboard the doomed warship Mary Rose - terrific stuff, for both fans and newcomers to the series. -- Laura Wilson * The Guardian *
Murder, mystery and turbulent history are expertly twisted together in Sansom's fifth Tudor crime novel. * Sunday Times Culture 'Must Reads' *
A triumph of Tudor history and mystery. Heartstone, as bristling as its predecessors with outlandish deaths, suspicious behaviour, jeopardy and plots of fiendish deviousness, plunges you into catastrophic upheavals caused by Henry's foreign policy. Throughout, Heartstone is a rousing tour de force of period re-creation, testifying to Samson's fascination with history...Like all the Shardlake books, Heartstone winningly shows Sansom's crafty flair for hoodwinking even the most hawk-eyed reader. -- Peter Kemp * Sunday Times Culture *

GOR007584560
Heartstone by C. J. Sansom
C. J. Sansom
The Shardlake series
Used - Very Good
Paperback
Pan Macmillan
2015-07-16
768
1447285875
9781447285878
Commended for CWA Historical Dagger 2010 (UK) Short-listed for Walter Scott Prize for Historical Fiction 2011 (UK) Short-listed for National Book Awards Crime Book of the Year 2011 (UK)
Book picture is for illustrative purposes only, actual binding, cover or edition may vary.
This is a used book - there is no escaping the fact it has been read by someone else and it will show signs of wear and previous use. Overall we expect it to be in very good condition, but if you are not entirely satisfied please get in touch with us.