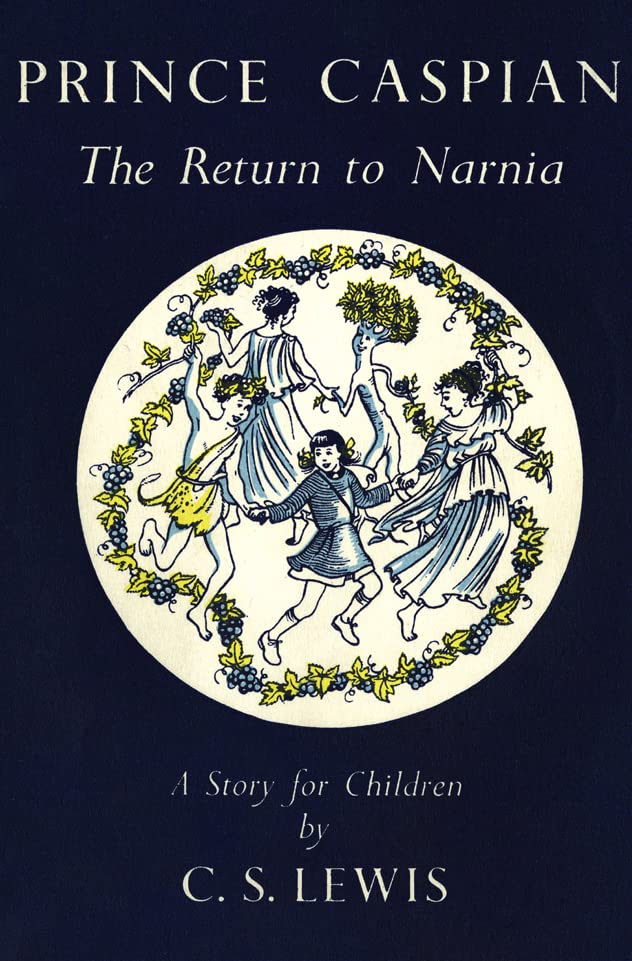 HarperCollins is proud to present a celebration of C.S. Lewis' timeless classic, Prince Caspian, lovingly brought to life in the original design and with the original illustrations.

HarperCollins is proud to present a celebration of C.S. Lewis' timeless classic, Prince Caspian, lovingly brought to life in the original design and with the original illustrations.

"Look sharp!" shouted Edmund. "All catch hands and keep together. This is magic - I can tell by the feeling!"

Prince Caspian is in terrible danger when his wicked uncle, King Miraz, decides to get rid of the young heir to the throne. In desperation, Caspian blows the magic horn, calling on Peter, Susan, Lucy and Edmund in Narnia's hour of need.

This is the fourth adventure in the exciting Chronicles of Narnia.

GOR001063149
Prince Caspian (The Chronicles of Narnia Facsimile, Book 4) by C. S. Lewis
C. S. Lewis
The Chronicles of Narnia Facsimile
Used - Very Good
Hardback
HarperCollins Publishers
2008-11-03
192
0007288980
9780007288984
N/A
Book picture is for illustrative purposes only, actual binding, cover or edition may vary.
This is a used book - there is no escaping the fact it has been read by someone else and it will show signs of wear and previous use. Overall we expect it to be in very good condition, but if you are not entirely satisfied please get in touch with us.