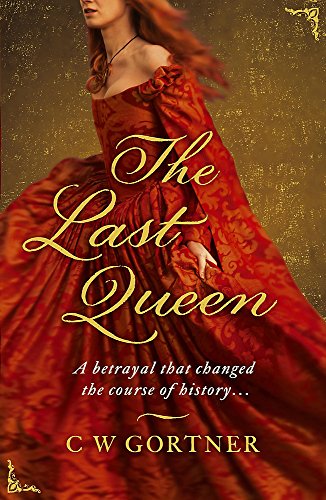 Married at sixteen. A queen at twenty-five. Declared insane and locked up by the men she adored. Juana "la Loca" - the last true queen of Spain. Juana - daughter of Ferdinand and Isabella and sister to Catherine of Aragon - is a woman ruled by her passions. Her arranged marriage to Philip the Fair of Flanders begins as a fairytale romance when, despite never having met before their betrothal, they fall desperately in love. She was never meant to be more than his consort and mother to his heirs; but, after tragedy decimates her family, she finds herself heiress to the throne of Spain. Suddenly Juana is plunged into a ruthless battle of ambition and treachery, with the future of Spain and her own freedom at stake. Told in Juana's voice, THE LAST QUEEN is the enthralling and moving tale of a woman ahead of her time, who fought fiercely for her birthright in the face of an unimaginable betrayal. Juana's story is one of history's darkest secrets, brought vividly to life in this exhilarating novel.

C.W. Gortner is half-Spanish by birth and his formative years were spent in southern Spain, where his lifelong fascination with history began. After years of working as a fashion marketer and editor, C.W. returned to college to pursue a Masters in Fine Arts in Writing. He lives in Northern California with his partner of thirteen years and their Welsh Pembroke Corgi, and welcomes visitors at: www.cwgortner.com

GOR001028587
The Last Queen by C. W. Gortner
C. W. Gortner
Used - Very Good
Paperback
Hodder & Stoughton General Division
2009-01-08
448
0340962941
9780340962947
Short-listed for Heathrow Travel Product Award: Travel Read, Fiction 2009
Book picture is for illustrative purposes only, actual binding, cover or edition may vary.
This is a used book - there is no escaping the fact it has been read by someone else and it will show signs of wear and previous use. Overall we expect it to be in very good condition, but if you are not entirely satisfied please get in touch with us.