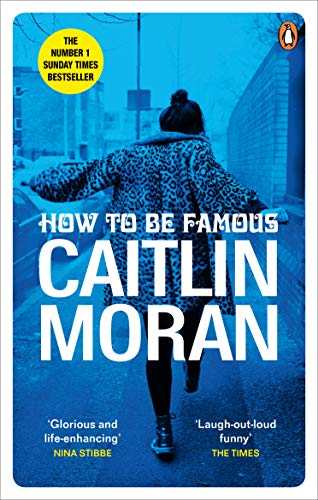 How to be Famous
by Caitlin Moran

How to be Famous Summary

How to be Famous by Caitlin Moran

The Sunday Times bestselling Richard & Judy Book Club favourite 'Being Moran, the jokes and one-liners fizz and crackle off the page' Richard's Review 'As usual, Moran writes fearlessly, openly, honestly and incredibly funnily about sex - especially bad sex' Judy's Review ___________________________ I'm Johanna Morrigan. It's 1995. I'm nineteen and I live in the epicentre of Britpop. Parklife! My unrequited love, John Kite, is busy with a Number One album, world-tour, drugs, and a nervous breakdown. So, I've started hanging out with hot young comedian Jerry Sharp. Big mistake. "He's a vampire," my friend Suzanne warns. "One of those men who destroys bright young girls. Also, he's a total dick." Unfortunately, I've already had sex with him. Bad sex. And now, I'm one of the girls he is trying to destroy. I know I have to stop him. But how does one girl fight a famous, powerful man? A novel about friendship, feminism and finding your place in the world.

How to be Famous Reviews

"Who better than Caitlin Moran to bring fame down to earth with a bump" -- HELEN FIELDING, bestselling author of Bridget Jones's Diary
"It's quite a ride, this book. It's laugh-out-loud funny, sweetly romantic and fiercely angry. Often all at once ... beautifully written" * THE TIMES *
"A deeply satisfying tale of sex, drugs, britpop, unrequited love, London, and a narrator I completely adore. This is funny, philosophical, and poignant in equal measure. Glorious and life-enhancing" -- NINA STIBBE
"Brilliantly funny, caustic social commentary with the best-wish fulfilment revenge scene I've read, like, ever" * THE POOL *
"A rollicking fantasy which leaves a rosy afterglow" -- Book of the Day * GUARDIAN *

Caitlin Moran is the eldest of eight children, home-educated on a council estate in Wolverhampton, believing that if she were very good and worked very hard, she might one day evolve into Bill Murray. She published a children's novel, The Chronicles of Narmo, at the age of 16, and became a columnist at The Times at 18. She has gone on to be named Columnist of the Year six times. At one point, she was also Interviewer and Critic of the Year - which is good going for someone who still regularly mistypes `the' as `hte'. Her multi-award-winning bestseller How to Be a Woman has been published in 28 countries, and won the British Book Awards' Book of the Year 2011. Her two volumes of collected journalism, Moranthology and Moranifesto, were Sunday Times bestsellers, and her novel, How to Build a Girl, debuted at Number One, and is currently being adapted as a movie. She co-wrote two series of the Rose d'Or-winning Channel 4 sitcom Raised by Wolves with her sister, Caroline. Caitlin lives on Twitter with her husband and two children, where she spends her time tweeting either about civil rights issues, or that picture of Bruce Springsteen when he was 23, and has his top off. She would like to be remembered as `a very sexual humanitarian'.

GOR009924500
How to be Famous by Caitlin Moran
Caitlin Moran
Used - Very Good
Paperback
Ebury Publishing
2019-07-11
336
0091948991
9780091948993
N/A
Book picture is for illustrative purposes only, actual binding, cover or edition may vary.
This is a used book - there is no escaping the fact it has been read by someone else and it will show signs of wear and previous use. Overall we expect it to be in very good condition, but if you are not entirely satisfied please get in touch with us.