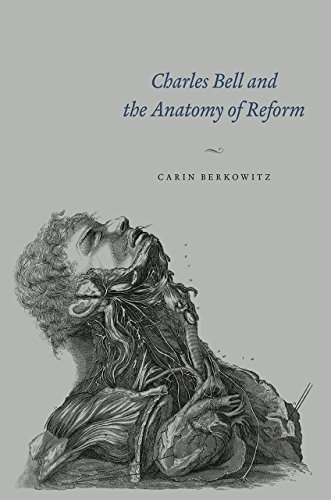 Charles Bell and the Anatomy of Reform
by Carin Berkowitz

Charles Bell and the Anatomy of Reform Summary

Charles Bell and the Anatomy of Reform by Carin Berkowitz

Sir Charles Bell (1774-1842) was a medical reformer in a great age of reform-an occasional and reluctant vivisectionist, a theistic popularizer of natural science, a Fellow of the Royal Society, a surgeon, an artist, and a teacher. He was among the last of a generation of medical men who strove to fashion a particularly British science of medicine; who formed their careers, their research, and their publications through the private classrooms of nineteenth-century London; and whose politics were shaped by the exigencies of developing a living through patronage in a time when careers in medical science simply did not exist. A decade after Bell's death, that world was gone, replaced by professionalism, standardized education, and regular career paths. In Charles Bell and the Anatomy of Reform, Carin Berkowitz takes readers into Bell's world, helping us understand the life of medicine before the modern separation of classroom, laboratory, and clinic. Through Bell's story, we witness the age when modern medical science, with its practical universities, set curricula, and medical professionals, was born.

Charles Bell and the Anatomy of Reform Reviews

"[S]uccessfully situates Bell in the world of London anatomy during the age of reform and affirms his contemporary reputation as an exceptional anatomist and teacher.... [A] well-written and well-researched account of the politics of British medical education and its reform in the early nineteenth century. It sheds new light on a figure who continues to be controversial."
--Bulletin of the History of Medicine
"Charles Bell and the Anatomy of Reform is a remarkable study about London's early nineteenth-century medical establishment. Berkowitz draws from an impressive range of sources to give a fresh account of Sir Charles Bell's brilliance as a scientist, educator, and reformer. Bell lived in a highly politicised world and she offers a lucid account of how he deftly used print and visual culture to disseminate scientific knowledge alongside his message of conservative reform to students, the medical community, and the reading public. Generously illustrated and perceptively written, this delightfully fascinating book will appeal to anyone interested in the history of science and medicine in modern Britain."--Matthew Daniel Eddy, Durham University

Carin Berkowitz is director of the Beckman Center for the History of Chemistry at the Chemical Heritage Foundation. She lives in Swarthmore, Pennsylvania.

GOR007242214
Charles Bell and the Anatomy of Reform by Carin Berkowitz
Carin Berkowitz
Used - Very Good
Hardback
The University of Chicago Press
2015-11-20
240
022628039X
9780226280394
N/A
Book picture is for illustrative purposes only, actual binding, cover or edition may vary.
This is a used book - there is no escaping the fact it has been read by someone else and it will show signs of wear and previous use. Overall we expect it to be in very good condition, but if you are not entirely satisfied please get in touch with us.