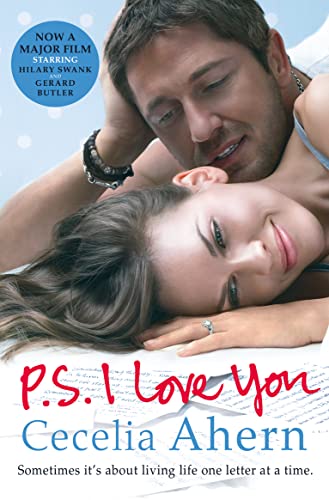 PS, I Love You
by Cecelia Ahern

PS, I Love You Summary

PS, I Love You by Cecelia Ahern

Everyone needs a guardian angel...

Some people wait their whole lives to find their soul mates. But not Holly and Gerry.

Childhood sweethearts, they could finish each other's sentences and even when they fought, they laughed. No one could imagine Holly and Gerry without each other.

Until the unthinkable happens. Gerry's death devastates Holly. But as her 30th birthday looms, Gerry comes back to her. He's left her a bundle of notes, one for each of the months after his death, gently guiding Holly into her new life without him, each note signed 'PS, I Love You'.

As the notes are gradually opened, and as the year unfolds, Holly is both cheered up and challenged. The man who knows her better than anyone sets out to teach her that life goes on. With some help from her friends, and her noisy and loving family, Holly finds herself laughing, crying, singing, dancing - and being braver than ever before.

Life is for living, she realises - but it always helps if there's an angel watching over you.

PS, I Love You Reviews

'Like an Irish Sleepless in Seattle and almost certainly the chick-lit bestseller of the year.' In Style

'A wonderfully warm and witty debut from a terrific new writer...This exceptional novel about bereavement, friendship and lost love is both heartbreaking and uplifting.' Express

GOR000429773
PS, I Love You by Cecelia Ahern
Cecelia Ahern
Used - Very Good
Paperback
HarperCollins Publishers
2007-11-05
512
0007184158
9780007184156
N/A
Book picture is for illustrative purposes only, actual binding, cover or edition may vary.
This is a used book - there is no escaping the fact it has been read by someone else and it will show signs of wear and previous use. Overall we expect it to be in very good condition, but if you are not entirely satisfied please get in touch with us.