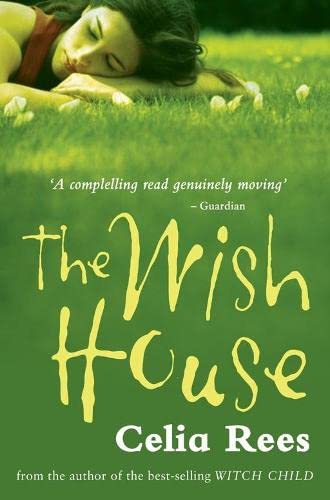 The Wish House
by Celia Rees

In Stock
£3.59
Chilling, thrilling and sexy teenage novel from a best-selling author.
Very Good
Only 2 left

The Wish House by Celia Rees

In the summer of 1976, on holiday in South Wales, fifteen-year-old Richard is shocked and fascinated to meet the tenants of the historic Wish House. Jay Dalton is a well-known artist, and his large, bohemian family - casually stripping naked on the beach, smoking dope, ignoring convention - seem astonishingly glamorous. Richard falls under the spell of beautiful, free-spirited Clio, Jay's daughter. She seduces him in a secret forest grotto, where they spend idyllic days playing out her favourite Celtic myths of brave grail knights and powerful enchantresses.

But why does Jay paint so many nudes of Clio? Why is he obsessed with the need to paint Richard? Why does his wife grow poisonous plants in her Witch's Garden? The Daltons' dark secrets draw Richard into a world of disturbing relationships, where he discovers, too late, that his innocent arrival at the Wish House was no accident . . .

Celia's highly acclaimed novels for older children and teenagers include THE WISH HOUSE, WITCH CHILD, PIRATES and TRUTH OR DARE. She lives in Leamington Spa, and divides her time between writing, talking to readers in schools and libraries, and teaching creative writing on the University of Warwick's Open Studies Programme.

GOR000839907
The Wish House by Celia Rees
Celia Rees
Used - Very Good
Paperback
Pan Macmillan
2006-04-07
224
0330436430
9780330436434
N/A
Book picture is for illustrative purposes only, actual binding, cover or edition may vary.
This is a used book - there is no escaping the fact it has been read by someone else and it will show signs of wear and previous use. Overall we expect it to be in very good condition, but if you are not entirely satisfied please get in touch with us.