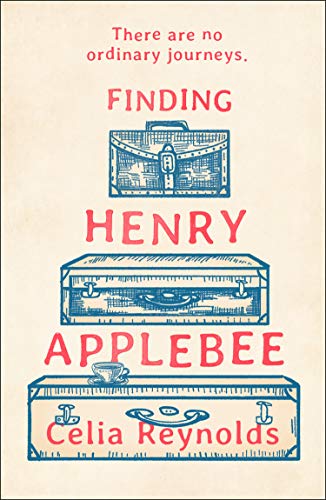 An absolute delight. It's beautiful and elegiac and written with such a good heart' BAFTA award-winning screenwriter and producer Russell T. Davies OBE 'A simply heart-string tugging book that offers a ready escape route from these testing time' Jon Gower, Nation Cymru

Here Henry was, once again in a bustling train station, ready to resume where he had left off all those years ago...

Finding Henry Applebee is a charming, tender and uplifting story about unlikely friendships, the power of love - and how it's never too late to change your life.

Perfect for fans of The Single Ladies of the Jacaranda Retirement Village and The Unlikely Pilgrimage of Harold Fry.

Eighty-five-year-old Henry Arthur Applebee has had a pretty good life. But one regret has haunted him for the last sixty-five years.

And so, on an ordinary December morning, he boards a train from London to Edinburgh. His goal is simple: to find the woman who disappeared from his life decades earlier.

But Henry isn't the only person on a mission. Also bound for Edinburgh is troubled teen, Ariel. And when the two strangers collide, what began as one humble journey will catapult them both into a whole new world...

'A great book ... I highly recommend it to those interested in a narrative that touches one's heart and soul' Peter Thabit Jones

'This book will warm the cockles of your heart' Goodreads reviewer

'A moving portrait of the power of human kindness' Goodreads reviewer

'An absolute delight. It's beautiful and elegiac and written with such a good heart' BAFTA award-winning screenwriter and producer Russell T. Davies OBE

'If you're looking for an uplifting read to coax you through January, I recommend Finding Henry Applebee ... tender, beautiful writing and wonderful observations' Tracy Rees, bestselling author of The Hour Glass and The House at Silvermore

'I found it to be an emotional and heartwarming story which had a quiet joyfulness about it. About life and love and relationships ... about second chances and it never being too late. The characters were wonderfully drawn, and I warmed to them all' Caroline Roberts, bestselling author of The Pudding Pantry series

'An intricate, absorbing, sliding puzzle of a story about friendship, family and love, written with warmth and genuine heart. Tender, lyrical and ultimately uplifting' Iona Grey, bestselling author of Letters to the Lost

'it's tenderly and beautifully choreographed in a simply heart-string tugging book that offers a ready escape route from these testing times' Jon Gower, Nation Cymru

'Delightful and charming and just a tiny bit teary' thebooktrail.com

Celia Reynolds was born and raised in Wales and worked for almost twenty-five years in the film industry in London, and briefly Rome. In 2012, she left her job as European Marketing Director at Twentieth Century Fox to enrol in the Complete Creative Writing Course held at the Groucho Club in London's West End. Later that year, she was awarded Runner Up prize in the London Writers' Club/Hush Short Story Competition with a story featuring one of the characters in her debut novel, Finding Henry Applebee. She is now based on the Gower coast in South Wales.

GOR010440269
Finding Henry Applebee by Celia Reynolds
Celia Reynolds
Used - Very Good
Paperback
HarperCollins Publishers
2019-12-12
432
0008336326
9780008336325
N/A
Book picture is for illustrative purposes only, actual binding, cover or edition may vary.
This is a used book - there is no escaping the fact it has been read by someone else and it will show signs of wear and previous use. Overall we expect it to be in very good condition, but if you are not entirely satisfied please get in touch with us.