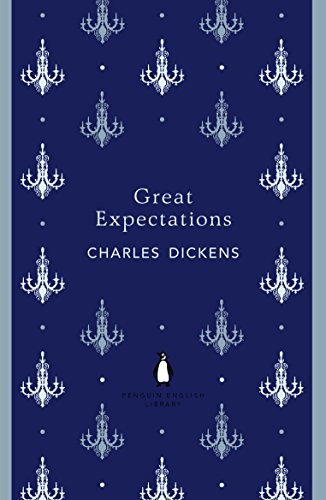 New Price
£7.39
Free Shipping in the UK
Shows how a young man's life is transformed by a mysterious series of events - an encounter with an escaped prisoner; a visit to a black-hearted old woman and a beautiful girl; a fortune from a secret donor.
Reviews:
Trustpilot
New£7.39

"What do you think that is?' she asked me, again pointing with her stick; 'that, where those cobwebs are?"
"I can't guess what it is, ma'am."
"It's a great cake. A bride-cake. Mine!"

Great Expectations, Dickens's funny, frightening and tender portrayal of the orphan Pip's journey of self-discovery, is one of his best-loved works. Showing how a young man's life is transformed by a mysterious series of events - an encounter with an escaped prisoner; a visit to a black-hearted old woman and a beautiful girl; a fortune from a secret donor - Dickens's late novel is a masterpiece of psychological and moral truth, and Pip among his greatest creations.

The Penguin English Library - 100 editions of the best fiction in English, from the eighteenth century and the very first novels to the beginning of the First World War.

Charles Dickens (1812-70) had his first, astounding success with his first novel The Pickwick Papers and never looked back. In an extraordinarily full life he wrote, campaigned and spoke on a huge range of issues, and was involved in many of the key aspects of Victorian life, by turns cajoling, moving and irritating. He completed fourteen full-length novels and volume after volume of journalism. The magical opening scenes of Great Expectations draws heavily on his own love of north Kent which he had known as a boy and in which he lived as an adult.

NGR9780141198897
Great Expectations by Charles Dickens
Charles Dickens
The Penguin English Library
New
Paperback
Penguin Books Ltd
2012-04-24
592
0141198893
9780141198897
N/A
Book picture is for illustrative purposes only, actual binding, cover or edition may vary.
This is a new book - be the first to read this copy. With untouched pages and a perfect binding, your brand new copy is ready to be opened for the first time.