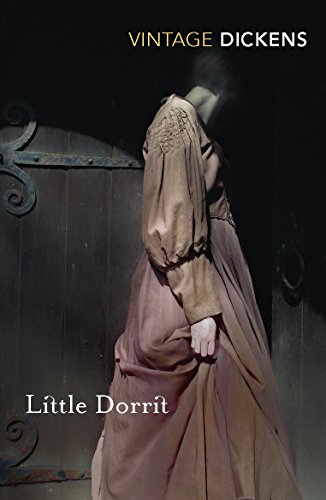 Used Price
£3.19
New RRP £7.99
Free Shipping in the UK
Amy Dorrit (known as Little Dorrit) was born in the Marshalsea debtors' prison in London. But Amy's fortunes are about to change: the arrival of Mrs Clennam's son Arthur, back from working in China, heralds the beginning of stunning revelations not just about Amy but also about Arthur himself.
Reviews:
Trustpilot
Very Good

Amy Dorrit (known as Little Dorrit) was born in the Marshalsea debtors' prison in London. She has lived there with her father and two elder siblings for all of her twenty-two years, only leaving to work each day as a seamstress for the forbidding Mrs Clennam. But Amy's fortunes are about to change: the arrival of Mrs Clennam's son Arthur, back from working in China, heralds the beginning of stunning revelations not just about Amy but also about Arthur himself.

"It tripped my social conscience and infected me for the rest of my life" -- Jon Snow
"I would always prefer to go get another Dickens off the shelf than pick up a new book by someone I've not read yet" -- Donna Tartt
"He's a marvellous writer...He's very, very good" -- William Trevor
"There is no one Dickens novel I could pick over all the others. Dickens is huge-like the sky. Pick any page of Dickens and it's immediately recognizable as him, yet he might be doing social satire, or farce, or horror, or a psychological study of a murderer-or any combination of these" -- Susannah Clarke
"In Little Dorrit, Dickens attacked English institutions with a ferocity that has never since been approached" -- George Orwell

Charles Dickens was born on 7 February 1812 in Landport in Portsmouth. His father was a clerk in the Navy Pay Office who often ended up in financial trouble. When Dickens was twelve years old he was sent to work in a shoe polish factory because his father had been imprisoned for debt. In 1833 he began to publish short stories and essays in newspapers and magazines. The Pickwick Papers, his first commercial success, was published in 1836, the same year that he married Catherine Hogarth. The serialisation of Oliver Twist began in 1837 while The Pickwick Papers was still running. Many other novels followed, including David Copperfield, Bleak House and Great Expectations, and Dickens became a celebrity in America as well as Britain. He also set up and edited the journals Household Words (1850-9) and All the Year Round (1859-70). Charles Dickens died on 9 June 1870 leaving his last novel, The Mystery of Edwin Drood, unfinished. He is buried in Westminster Abbey in London.

GOR001904540
Little Dorrit by Charles Dickens
Charles Dickens
Used - Very Good
Paperback
Vintage Publishing
2008-08-28
960
0099529440
9780099529446
N/A
Book picture is for illustrative purposes only, actual binding, cover or edition may vary.
This is a used book - there is no escaping the fact it has been read by someone else and it will show signs of wear and previous use. Overall we expect it to be in very good condition, but if you are not entirely satisfied please get in touch with us.