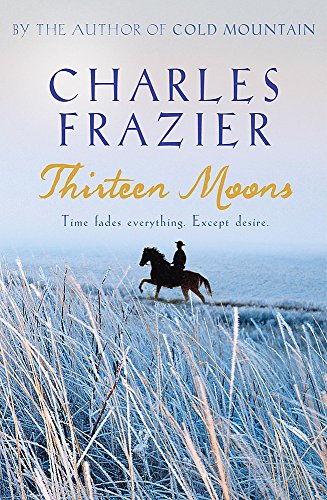 In Stock
£4.49
The epic journey of one man's life, by one of America's most outstanding writers.
Very Good Good
6 in stock

At the age of twelve, under the Wind Moon, Will is given a horse, a key, and a map, and sent alone into the Indian Nation to run a trading post as a bound boy. It is during this time that he grows into a man, learning, as he does, of the raw power it takes to create a life, to find a home. In a card game with a white Indian named Featherstone, Will wins - for a brief moment - a mysterious girl named Claire, and his passion and desire for her spans this novel. As Will's destiny intertwines with the fate of the Cherokee Indians, including a Cherokee Chief named Bear, he learns how to fight and survive in the face of both nature and men, and eventually, under the Corn Tassle Moon, Will begins the fight against Washington City to preserve the Cherokee's homeland and culture. And he will come to know the truth behind his belief that 'only desire trumps time'.

Brilliantly imagined, written with great power and beauty by a master of American fiction, Thirteen Moons is a stunning novel about a man's passion for a woman, and how loss, longing and love can shape a man's destiny over the many moons of a life.

What makes it so appealing is the voice of Will Cooper, which is potent, wry, insightful and utterly convincing . . . as rich a fiction as it is an eventful one. * Andrew Rosenheim, Time Literary Supplement *
'THIRTEEN MOONS will provide the immense satisfaction of taking a literary journey of magnitude. Whether on a plane, in an office or curled in a window seat, readers who absorb Will's story will find their own lives enriched. THIRTEEN MOONS belongs to the ages.' * LA Times *
'Almost a decade since the publication of his bestseller Cold Mountain, Frazier has produced another no less-absorbing and richly textured account of America in the years leading up to and encompassing the Civil War. Frazier is adept not only at the set pieces. . . but also at the more intimate observations of people and places. It is this that makes his story both a powerful dramatisation of a shameful episode in American history and a compelling love story.' * Christina Konig, The Times *
Its narrative has a thoroughly human scale and informs just as much as it moves and entertains * Frank Egerton, The Times *
The history that Frazier hauntingly unwinds through Will is as melodic as it is melancholy, but the sublime love story is the narrative's true heart. * Publishers Weekly *
'Frazier's keen observations and unforced, unsentimental depictions of animals are wonderful ... like the western it references, it's far-ranging, hard-fighting and soft-hearted.' * Guardian *
A novel whose prose is so carefully wrought that it reads like fragments of a long poem. * Telegraph *
Frazier is a timeless master magician who renders the texture of the landscape, emotion and history all excruciatingly real * Time Out *
It is this meeting of two conflicting ideas of personal and social history that gives Thirteen Moons its great wisdom. . . alive with wonder and adventure. Frazier is a wonderfully sensual writer * Richard Godwin, Literary Review *

Charles Frazier grew up in the mountains of North Carolina. COLD MOUNTAIN, his highly acclaimed first novel, was an international bestseller, selling over one million copies and winning the National Book Award in 1997. It was the inspiration for the Oscar-winning film directed by Anthony Minghella and starring Nicole Kidman, Jude Law, and Renee Zellweger.

A second novel, THIRTEEN MOONS, was published by Sceptre in 2007 and NIGHTWOODS, Charles' latest novel set in a lakeside town in 1960s North Carolina, was published in September 2011. To find out more, visit Charles' Facebook page www.facebook.com/CharlesFrazierAuthor or follow him on Twitter at twitter.com/Charles_Frazier.

GOR001124881
Thirteen Moons by Charles Frazier
Charles Frazier
Used - Very Good
Paperback
Hodder & Stoughton General Division
2007-05-26
432
0340826630
9780340826638
N/A
Book picture is for illustrative purposes only, actual binding, cover or edition may vary.
This is a used book - there is no escaping the fact it has been read by someone else and it will show signs of wear and previous use. Overall we expect it to be in very good condition, but if you are not entirely satisfied please get in touch with us.