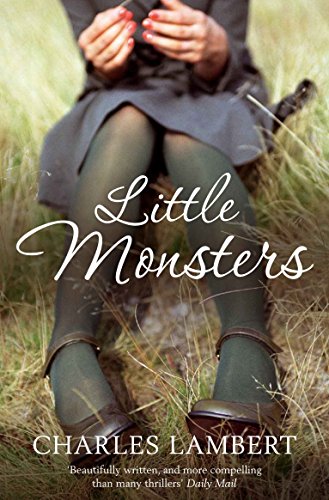 In Stock
£4.49
What do you do when the unthinkable happens?
Very Good
Only 1 left

When I was thirteen, my father killed my mother . . . How do you recover from something like that? Carol never quite does. Sent to live with her aunt, who barely tolerates her presence, Carol is grief-stricken and desperate for love. Her Uncle Joey is the only one to notice her; years later, he's also the man with whom she builds a home and a life. But when Carol helps to rescue a young refugee from the sea, that life threatens to unravel, just as surely as it did when she was thirteen.

'As memorable first lines go, this is right up there with the best of them, and the rest of Charles Lambert's debut novel doesn't fail to live up to that promising beginning . . . Beautifully written and crafted, and more compelling than many thrillers, Lambert's book puts the reader right in the head of a teenage girl; quite an achievement for a 53-year-old man' Daily Mail

Charles Lambert was born in Lichfield, the United Kingdom, in 1953. After going to eight different schools in the Midlands and Derbyshire, he won a scholarship to the University of Cambridge from 1972 to 1975. In 1976 he moved to Milan and, with brief interruptions in Ireland, Portugal and London, has lived and worked in Italy since then. Currently a university teacher, academic translator and freelance editor for international agencies, he now lives in Fondi, exactly halfway between Rome and Naples.

GOR001055150
Little Monsters by Charles Lambert
Charles Lambert
Used - Very Good
Paperback
Pan Macmillan
2009-02-06
304
0330450379
9780330450379
N/A
Book picture is for illustrative purposes only, actual binding, cover or edition may vary.
This is a used book - there is no escaping the fact it has been read by someone else and it will show signs of wear and previous use. Overall we expect it to be in very good condition, but if you are not entirely satisfied please get in touch with us.