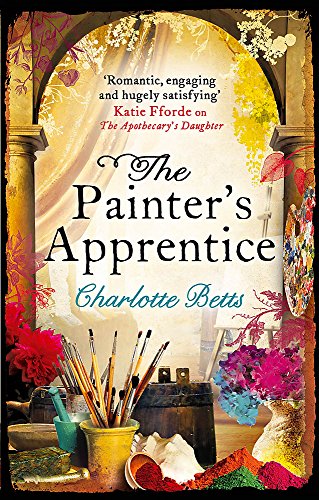 The Painter's Apprentice
by Charlotte Betts

In Stock
£3.99
The stunning second novel from the award-winning author of The Apothecary's Daughter, set in Restoration London at the time of the Glorious Revolution.
Very Good Good Well Read
15 in stock

The Painter's Apprentice by Charlotte Betts

From the author of ebook bestseller The Apothecary's Daughter

1688. Beth Ambrose has led a sheltered life within Merryfields, her family home on the outskirts of London; a place where her parents provide a sanctuary for melancholic souls. A passionate and gifted artist, Beth shares a close bond with Johannes the painter, who nurtures her talents and takes her on as his apprentice.

But as political tensions begin to rise in the capital, Noah Leyton arrives at her family home in the middle of the night with a proposition that turns Beth's world upside down. And when Merryfields becomes refuge to a mysterious new guest, whose connections provide an opportunity for Beth to fulfil her artistic ambitions, she soon realises that it comes at a price . . .

Set at the time of the Glorious Revolution, when England is still beset by religious rivalries, this is a highly-recommended novel of love, tragedy and the power of art * Daily Mail online *

Charlotte Betts began her working life as a fashion designer in London. A career followed in interior design, property management and lettings.

GOR004717422
The Painter's Apprentice by Charlotte Betts
Charlotte Betts
Used - Very Good
Paperback
Little, Brown Book Group
2013-02-01
416
0749954590
9780749954598
Short-listed for Festival of Romance Awards 2012 (UK) Short-listed for RNA Romantic Novel of the Year 2014 (UK)
Book picture is for illustrative purposes only, actual binding, cover or edition may vary.
This is a used book - there is no escaping the fact it has been read by someone else and it will show signs of wear and previous use. Overall we expect it to be in very good condition, but if you are not entirely satisfied please get in touch with us.