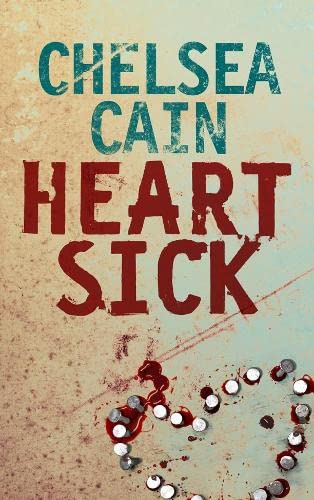 In Stock
£4.49
An unforgettable debut serial killer-thriller from a major new talent - set to be one of the most talked-about launches of the year
Very Good
Only 2 left

He thinks he sees a flash of emotion in her eyes. Sympathy?

When beautiful serial killer Gretchen Lowell captured her last victim - the man in charge of hunting her down - she quickly established who was really in control of the investigation. So why, after ten days of horrifying physical and mental torture, did she release Detective Archie Sheridan from the brink of death and hand herself in?

Two years on, Archie remains driven by a terrifying obsession that was born during his time alone with Gretchen. One thing is clear - Archie does not believe he was ever truly freed.

Now Archie returns to lead the search for a new killer, whose recent attacks on teenage girls have left the city of Portland reeling. Shadowed by vulnerable young reporter Susan Ward, Archie knows that only one person can help him climb into the mind of this psychopath. But can Archie finally manage to confront the demons of his past without being consumed by them?

GOR000469702
Heartsick by Chelsea Cain
Chelsea Cain
Used - Very Good
Hardback
Pan Macmillan
2007-08-03
368
0230015891
9780230015890
N/A
Book picture is for illustrative purposes only, actual binding, cover or edition may vary.
This is a used book - there is no escaping the fact it has been read by someone else and it will show signs of wear and previous use. Overall we expect it to be in very good condition, but if you are not entirely satisfied please get in touch with us.