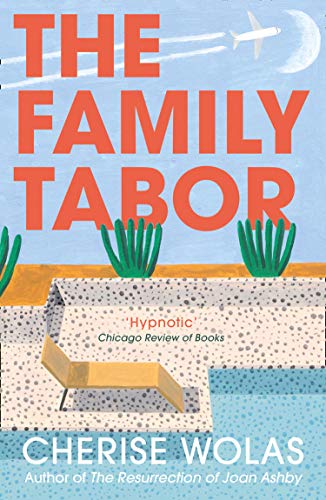 The Family Tabor
by Cherise Wolas

The Family Tabor by Cherise Wolas

Everything is fine. Everyone is fine.

Harry Tabor should be perfectly happy: he's about to be named Man of the Decade, his wife and children are all distinguished in their own right and they've reunited in Palm Springs to celebrate Harry's achievement.

But almost immediately, cracks begin to appear. All of them have something to hide, including the long-buried secret that made Harry relocate the family so many years ago - and eventually they have to face the truth... don't they?

'Intriguing...Wolas illuminates the rich, complex histories of the older Tabor generations, when they were Tabornikovs, and the sense of loyalty to one's family history is so vivid in the novel it is practically its own character' New York Times Book Review

'In this compelling story, luck, like love, can be elusive, ever-present and lost' Jewish Week

'Brace yourself for prose that is confident and prickly, and characters that are complex and problematic' The Toronto Star

Cherise Wolas's acclaimed first novel, The Resurrection of Joan Ashby, was a New York Times Book Review Editors' Choice and a semi-finalist for the 2018 PEN/Robert W. Bingham Prize for Debut Fiction. A native of Los Angeles, she lives in New York City with her husband. The Family Tabor is her second novel.

GOR009963255
The Family Tabor by Cherise Wolas
Cherise Wolas
Used - Very Good
Paperback
HarperCollins Publishers
2019-06-13
400
0008201226
9780008201227
N/A
Book picture is for illustrative purposes only, actual binding, cover or edition may vary.
This is a used book - there is no escaping the fact it has been read by someone else and it will show signs of wear and previous use. Overall we expect it to be in very good condition, but if you are not entirely satisfied please get in touch with us.