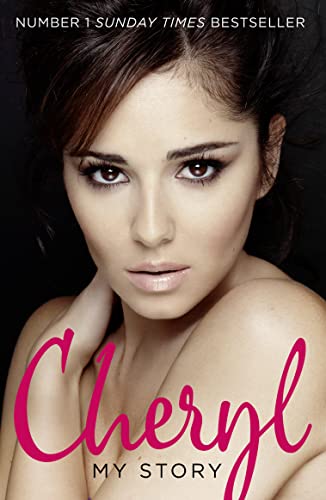 Cheryl: My Story
by Cheryl Cole

For the first time Cheryl tells her full story, her way. Revealing the truth behind the headlines, this is the only official autobiography, giving the fans the true story they've been waiting for. Includes exclusive, personal photos.

Cheryl: My Story by Cheryl Cole

For the first time Cheryl tells her full story, her way. Revealing the truth behind the headlines, this is the only official autobiography, giving the fans the true story they've been waiting for. Includes exclusive, personal photos.

The nation's sweetheart, Cheryl has achieved unrivalled success with Girls Aloud, as a solo artist, a judge on the X Factor, a fashion icon and as the face of L'Oreal. However, the path to fame is rarely easy and for Cheryl it has been a colourful journey.

From happy but humble beginnings growing up on a tough Newcastle estate, Cheryl saw firsthand the damage that drugs and alcohol can do. But this feisty Geordie never gave up on her dreams of being on stage.

With success came a level of fame no one could prepare for. As Cheryl's career went from strength to strength her personal heartache was played out in the national media. From her divorce to her battles with malaria, Cheryl's every move was captured by paparazzi. There was nowhere for Cheryl to hide. However, a true fighter, Cheryl emerged from every challenge stronger.

Now it's Cheryl's turn to set the record straight. In this heartfelt account, she opens up about all of the incredible ups and downs of her life. Told with searing honesty this is Cheryl as you've never seen her before.

"Wow - we always had high hopes for Cheryl's autobiography and she hasn't disappointed... In Cheryl: My Story she bravely addresses some of the incredible lows she's experienced, including her upbringing, her marriage breakdown, and how she finally found the strength to move on from all the heartache" Heat Magazine

Cheryl has made the transition from girl group to solo star seem effortless. From the multiple successes of Girls Aloud who sold over a staggering 10 million records, Cheryl went on to record 2009's fastest-selling single and her first solo outing, Fight For This Love. Her first solo album went triple platinum and she received two BRIT nominations. Already on the road to mega-stardom, Cheryl was handpicked as an X Factor judge in 2008, becoming an instant hit with viewers. The final season of the X Factor became the most talked about show in Britain, regularly attracting audiences of 15 million. In addition to her music credentials, Cheryl is also a leading style icon, gracing the cover of British Vogue twice, as well as the covers of Harper's Bazaar and ELLE UK. In 2011 Cheryl announced the launch of her own charity, The Cheryl Cole Foundation with the Prince's Trust, which aims to work with disadvantaged young people in the North-East of England.

GOR004689239
Cheryl: My Story by Cheryl Cole
Cheryl Cole
Used - Very Good
Paperback
HarperCollins Publishers
2013-04-11
320
0007500149
9780007500147
N/A
Book picture is for illustrative purposes only, actual binding, cover or edition may vary.
This is a used book - there is no escaping the fact it has been read by someone else and it will show signs of wear and previous use. Overall we expect it to be in very good condition, but if you are not entirely satisfied please get in touch with us.