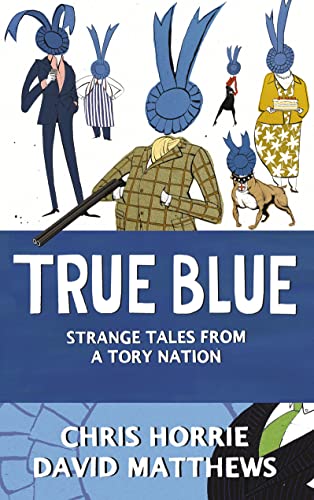 Whatever happened to middle England? Two of our funniest writers set out on a journey through conservative country - with hilarious results.

Whatever happened to middle England? Two of our funniest writers set out on a journey through conservative country - with hilarious results.

Middle England, with all the social rituals, institutions and traditions that hold it together, has lasted for a long time. And Chris Horrie and David Matthews, two left-leaning journalists - Chris is from Manchester and David's parents are from Guyana - are fascinated by it.

So off they go, armed with two ballpoints and a sharp sense of humour, to see what they can see. Sometimes, it's as simple as hanging out at the proms, munching scones with the vicar at a village cricket match, or chatting with Michael Howard. And other times, a bit more guile is needed - so Chris and David baffle Conservative party members by helping out with their campaigns.

With backgrounds as investigative reporters, the authors infiltrate Middle England and capture its denizens at their least guarded. What they find is at times cheering, and sometimes a bit worrying - but it is always very entertaining.

"Laugh. This searing and utterly brilliant expose of tabloid television made me guffaw and wheeze so much I nearly collapsed from hyperventilation. This is the funniest book I've ever read, perhaps the funniest book ever written" - Val Hennessy, Daily Mail

"Hilarious is an over-used adjective, but chunks of this book reduced me to fits" - Matthew Parris, Sunday Times

Praise for Stick It Up Your Punter by Chris Horrie:

"This is the funniest book of the year, perhaps the decade" - The Times

Praise for Disaster - The Rise and Fall of News on Sunday by Chris Horrie:

"A tract of our times... an important and genuinely brilliant book" - William Deedes, The Daily Telegraph

Praise for Looking For a Fight by David Matthews:

'If he's half as good with his fists as he is with a pen, I'd be loathe to start an argument with him' - The Mail on Sunday

'If your idea of a good read is a 250-page sneer, this is the book for you' David Hughes, The Telegraph

Chris Horrie is an author, journalist, and expert on tabloid journalism. He writes regularly for the Guardian and the Observer.
David Matthews spent two years becoming a professional boxer for his book Looking For a Fight. He is a feature writer for the Mail on Sunday and a contributor to the New Statesman.

GOR001139787
True Blue: Strange Tales from a Tory Nation by Chris Horrie
Chris Horrie
Used - Very Good
Paperback
HarperCollins Publishers
2009-08-20
320
0007293704
9780007293704
N/A
Book picture is for illustrative purposes only, actual binding, cover or edition may vary.
This is a used book - there is no escaping the fact it has been read by someone else and it will show signs of wear and previous use. Overall we expect it to be in very good condition, but if you are not entirely satisfied please get in touch with us.