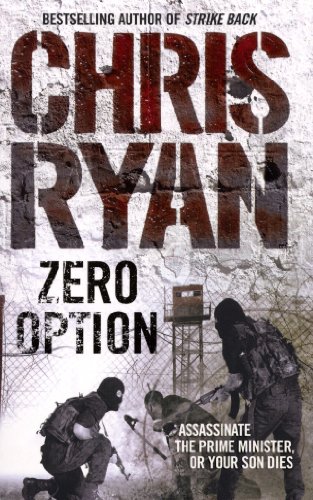 In Stock
£5.99
SAS Sergeant Geordie Sharp is required to undertake two top-secret missions, in the full knowledge that, if things go wrong, the authorities will deny all involvement.
Very Good Good Well Read
8 in stock

SAS Sergeant Geordie Sharp is required to undertake two top-secret missions, in the full knowledge that, if things go wrong, the authorities will deny all involvement. In the first mission he is to serve as a commander of a hit team on a Black, or 100 per cent non-attributable operation assigned to the SAW, the Regiment's ultra-secret Subversive Action Wing. His target is an Iraqi who defected to Libya after the Gulf War. The aim is to kill him and leave no clue to the identity or origin of the assassins. Returning to base, Sharp finds he must also carry out a high-level political assassination on mainland Britain. If he fails, his four-year-old son will die at the hands of the IRA. Trapped between opposing forces in a fight to the death, he twists and turns through a maze of nightmare options, desperately seeking some way of averting tragedy. Who will be hit the hardest - Geordie Sharp or the British government? Another non-stop pulse-pounding thriller from the established master of the military fiction genre.

Chris Ryan was born in 1961 in a village near Newcastle. In 1984 he joined the SAS. During his ten years in the Regiment , he was involved in overt and covert operations and was also Sniper team commander of the anti-terrorist team. During the Gulf War, Chris was the only member of an eight-man team to escape from Iraq, of which three colleagues were killed and four captured. It was the longest escape and evasion in the history of the SAS. For this he was awarded the Military Medal. During Ryan's last two years in the Regiment he selected and trained potential SAS recruits, he left the SAS in 1994 and is now the author of many bestselling thrillers for adults, as well as the Alpha Force and Code Red series for younger readers. His work in security takes him around the world.

GOR001166056
Zero Option by Chris Ryan
Chris Ryan
Used - Very Good
Paperback
Cornerstone
1998-07-23
384
0099460130
9780099460138
N/A
Book picture is for illustrative purposes only, actual binding, cover or edition may vary.
This is a used book - there is no escaping the fact it has been read by someone else and it will show signs of wear and previous use. Overall we expect it to be in very good condition, but if you are not entirely satisfied please get in touch with us.