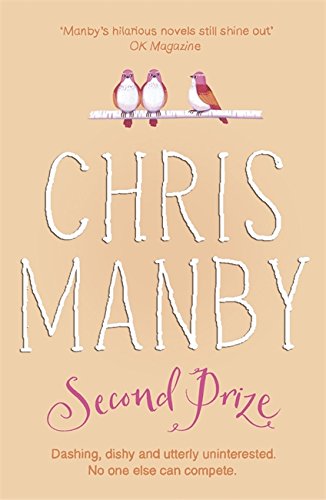 In Stock
£5.99
A poignant yet hilarious tale of unrequited love from bestselling Manby, reissued in fresh packaging for a wide new readership.
Very Good Good
Only 3 left

Dashing, dishy and utterly uninterested. No one else can compete.

Lara Fenton is obsessed with finding a man, especially since her best friend Julie got engaged. Salvation soon arrives in the divine form of Hugh Armstrong-Hamilton.

Yes, Hugh has his faults, but who doesn't? So what if he never picks up the bill? Big deal if he cancels dates at the last moment. And who cares about a few insults from his snooty friends? Hugh is a god - her god, and any other man would seem like second prize in comparison. Or would they . . .?

Praise for Chris Manby:
'Hilarious city-girl comedy with a message about facing up to who you are'

Chrissie Manby is the author of twenty five romantic comedies including A PROPER FAMILY HOLIDAY, THE MATCHBREAKER and SEVEN SUNNY DAYS. She has had several Sunday Times bestsellers and her novel about behaving badly after a break-up, GETTING OVER MR RIGHT, was nominated for the 2011 Melissa Nathan Award. Chrissie was raised in Gloucester, in the west of England, and now lives in London. Contrary to the popular conception of chick-lit writers, she is such a bad home-baker that her own father threatened to put her last creation on www.cakewrecks.com. She is, however, partial to white wine and shoes she can't walk in. You can follow her on Twitter @chrissiemanby, or visit her website www.chrissiemanby.co.uk to find out more.

GOR001104263
Second Prize by Chrissie Manby
Chrissie Manby
Used - Very Good
Paperback
Hodder & Stoughton General Division
2006-01-02
352
0340837233
9780340837238
N/A
Book picture is for illustrative purposes only, actual binding, cover or edition may vary.
This is a used book - there is no escaping the fact it has been read by someone else and it will show signs of wear and previous use. Overall we expect it to be in very good condition, but if you are not entirely satisfied please get in touch with us.