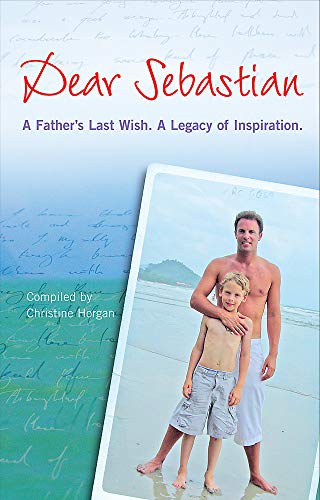 In Stock
£4.49
The Paperback of the No. 1 bestselling sensation
Very Good
Only 1 left

Every parent's fear is not to be there for their child, to answer their questions, to give them advice and guide them through life.

When Jordan Ferguson was diagnosed with terminal cancer at the age of thirty-four and told he had only months to live, a psychologist advised him to write a letter to his nine year old son Sebastian for when he wasn't there - a letter with words and advice to help him when he was growing up. But Jordan wanted to leave a lasting legacy for his son. He decided to gather together words of wisdom and advice from a host of Irish people who have succeeded and excelled in life. The result is Dear Sebastian, a collection of letters to a young boy from writers, politicians, artists, clergy, sports stars, musicians and business people with their poignant, honest and inspirational thoughts on living life in the best way possible. The letters in Dear Sebastian deal with the pain of loss but above all they speak of hope, of the optimism of life, and the enduring power of love.

Jordan passed away quickly and without having had the chance to write his own letter to Sebastian. In his final days, he asked his mother to complete the book. She gave him her word that she would do this. Jordan died on 27 June 2008.

Dear Sebastian is a father's remarkable legacy of love to his son.

Jordan was born in England but moved to Ireland where he attended Castle Park School, Dalkey in County Dublin and later Clifton College, Bristol. He was awarded a BA Hons and an MBA from the University of London and went on to have a career in venture capital and stock broking in Europe, North America and Asia. He held top management positions in new media and e-commerce companies, including Director of International Sales and Business Development at Betfair and Managing Director - Europe at VideoEgg. He had one son, Sebastian.

Christine Horgan lives in Kinsale with her husband Patrick and her three step daughters.

GOR002808592
Dear Sebastian by Christine Horgan
Christine Horgan
Used - Very Good
Paperback
Hachette Books Ireland
2010-04-08
272
0340994819
9780340994818
N/A
Book picture is for illustrative purposes only, actual binding, cover or edition may vary.
This is a used book - there is no escaping the fact it has been read by someone else and it will show signs of wear and previous use. Overall we expect it to be in very good condition, but if you are not entirely satisfied please get in touch with us.