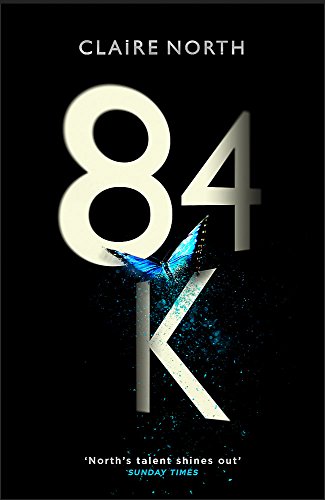 In Stock
£5.99
The stunning new novel from the award-winning Claire North, one of the most original voices in modern fiction
Very Good
Only 2 left

'AN EXTRAORDINARY NOVEL . . . with echoes of The Handmaid's Tale' Cory Doctorow

From one of the most original new voices in modern fiction comes a startling vision of a world where you can get away with anything . . .

Theo Miller knows the value of human life - to the very last penny.

Working in the Criminal Audit Office, he assesses each crime that crosses his desk and makes sure the correct debt to society is paid in full.

But when his ex-lover is killed, it's different. This is one death he can't let become merely an entry on a balance sheet.

Because when the richest in the world are getting away with murder, sometimes the numbers just don't add up.

From the award-winning Claire North comes an electrifying and provocative new novel which will resonate with readers around the world.

'Little short of a masterpiece' Independent

'One of the fiction highlights of the decade' Judy Finnigan, Richard and Judy Book Club

An eerily plausible dystopian masterpiece * Emily St. John Mandel, author of STATION ELEVEN *
An extraordinary novel that stands with the best of dystopian fiction, with echoes of The Handmaid's Tale -- Cory Doctorow on 84K
Absolutely breath-taking... An early and compelling candidate for best novel of 2018. Read it * Sci Fi Magazine *
Another captivating novel from one of the most intriguing and genre-bending novelists * BOOKLIST on 84K *
Claire North goes from strength to strength . . . A tense, moving story set in drawing from current political trends to present a draconian future similar to that of Nineteen Eighty-Four * GUARDIAN on 84K *
Absolutely breath-taking... An early and compelling candidate for best novel of 2018. Read it * Sci Fi Magazine *
[A] gut-punch of a novel . . . a story that is rare - one of those that is so good I didn't want it to end . . . Painted in shades of Fahrenheit 451, of Children of Men, Soylent Green and Brave New World * NPR *
[North] demonstrates again that her imaginative energy is as prodigious as her output. * SUNDAY TIMES *
Absorbing and timely; a book to wrestle and argue with, but first and foremost, to read * NEW YORK TIMES on 84k *
84K is a furious, confrontational book that's extremely smart . . . .its energy is infectious and its ideas are fiercely provocative * SCIFINOW *
This is a dystopian anthem for the modern activist, a warning of an all too near future and a wake-up call for anyone who believes justice should not come with a price tag. 84K is an important book but also a cracking thriller and a great bit of near-future speculative fiction. Quite simply, North's best book so far, and given how brilliant The Sudden Appearance of Hope and The Fifteen Lives of Harry August are, that is saying a lot. * STARBURST *
North is an original and even dazzling writer, and fans of her work will enjoy this grim tale of capitalism taken to a terrifying extreme * KIRKUS on 84K *
The truly scary thing about 84K is how convincing this dark, brutal class-divided Britain is * SFX (4 1/2 stars) *
North demonstrates skill in creating a terrifying setting that feels rooted to the present day . . . Every aspect of life in Theo's Britain is imbued with a menace that feels both recognizable and urgent, and the decisions the characters make as a result feel uncomfortably real. * RT BOOK REVIEWS on 84K *
One of the most distinct and compelling SF novels of the year thus far * THE TORONTO STAR on 84K *
It's exciting to read a genre novel that's willing to be this bold with language . . . 84K opens with a simple "what if," but it quickly develops into a structurally inventive, sharply ob-served thought experiment about the gradual disap-pearance of our basic liberties and human rights * LOCUS *
A fascinating look at the decisions society is taking now * THE BOOKBAG on 84K *
North's talent shines out * SUNDAY TIMES *
Claire North is a true original, a master of ingenious plotting and feats of imagination * Alex Marwood, author of THE WICKED GIRLS *
Claire North's writing is terrific, smart and entertaining * Patrick Ness *

Claire North is a pseudonym for Catherine Webb, a Carnegie Medal-nominated author whose debut novel was written when she was just fourteen years old. She has fast established herself as one of the most powerful and imaginative voices in modern fiction. Her first book published under the Claire North pen name was The First Fifteen Lives of Harry August, which became a word-of-mouth bestseller and was shortlisted for the Arthur C. Clarke Award. The follow-up, Touch, was described by the Independent as 'little short of a masterpiece'. Her next novel The Sudden Appearance of Hope won the 2017 World Fantasy Award for Best Novel, and The End of the Day was shortlisted for the 2017 Sunday Times/PFD Young Writer of the Year Award. Her latest novel 84K received widespread critical acclaim and was described by bestselling author Emily St. John Mandel as 'an eerily plausible dystopian masterpiece'. She lives in London.

GOR009937303
84K: 'An eerily plausible dystopian masterpiece' Emily St John Mandel by Claire North
Claire North
Used - Very Good
Paperback
Little, Brown Book Group
2018-05-24
464
0356507386
9780356507385
Nominated for Philip K. Dick Award 2019 (UK)
Book picture is for illustrative purposes only, actual binding, cover or edition may vary.
This is a used book - there is no escaping the fact it has been read by someone else and it will show signs of wear and previous use. Overall we expect it to be in very good condition, but if you are not entirely satisfied please get in touch with us.