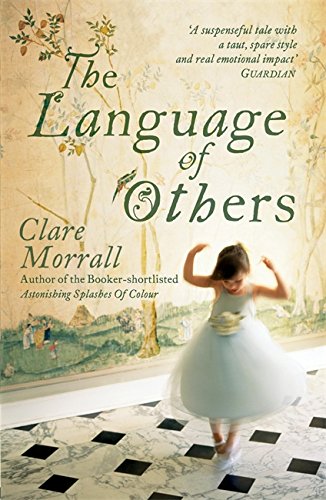 The Language of Others
by Clare Morrall

In Stock
£4.49
The wise, warm story of a woman negotiating her way through life without realising she doesn't understand the rules of the game, by the Booker-shortlisted author of Astonishing Splashes of Colour
Very Good
6 in stock

The Language of Others Summary

The Language of Others by Clare Morrall

The world is a puzzling, sometimes frightening place for Jessica Fontaine. As a child she only finds contentment in playing the piano and wandering alone in the empty spaces of Audlands Hall, the dilapidated country house where she grows up.

Twenty-five years later, divorced, with her son still living at home, Jessica remains preoccupied by the desire to create space around her. Then her volatile ex-husband reappears, the first of several surprises that both transform Jessica's present and give her a startling new perspective on the past.

THE LANGUAGE OF OTHERS tells the absorbing story of a woman who spends much of her life feeling that she is out of step with the real world, until she discovers why. Related with humour and compassion, it offers a fresh, illuminating insight into what it means to be normal.

The Language of Others Reviews

It's the warmth and roundedness of her characters that give Morrall's novels their appeal . . . THE LANGUAGE OF OTHERS offers a suspenseful tale with a taut, spare style and real emotional impact. In this and in its brave challenge to our assumptions about what it means to be normal it's a more than worthy shelfmate to Astonishing Splashes of Colour. * Guardian *
A story of self-discovery, of difficult family relationships and redemptive friendships that slips between past and present and unfolds not so much a coming-of-age as a coming-to-understanding . . . An enjoyable, engrossing read * Independent *
A writer with a phenomenal imagination and power with words * Scotsman *
Pacy with an intriguing plot, Morrall has produced a joyful novel . . . Morrall combines thoughtful, satisfying writing with an accessible style. Expect plaudits all round. * Birmingham Post *
'Enthralling' * Irish Times *
She [Morrall] also has a talent for making characters who might ordinarily alienate readers seem appealing, funny and moving. The result is a surprisingly joyful novel * Daily Mail *
Not only very readable, but very moving; a funny, and occasionally sad, account of what it feels like to be outside the norm * The Times *
Subtle and absorbing . . . Morrall has a talent for making pitiable characters triumphantly sympathetic * Guardian *
Morrall's rewarding third novel combines strong characters and vital evocations of place with a greater psychological intensity * Financial Times *

Clare Morrall's first novel, Astonishing Splashes of Colour, was published in 2003 and shortlisted for the Man Booker Prize that year. She has since published the novels Natural Flights of the Human Mind, The Language of Others, The Man Who Disappeared, which was a TV Book Club Summer Read in 2010, The Roundabout Man and After the Bombing. Born in Exeter, Clare Morrall now lives in Birmingham. She works as a music teacher, and has two daughters.

GOR001168700
The Language of Others by Clare Morrall
Clare Morrall
Used - Very Good
Paperback
Hodder & Stoughton General Division
2008-10-16
384
0340896671
9780340896679
N/A
Book picture is for illustrative purposes only, actual binding, cover or edition may vary.
This is a used book - there is no escaping the fact it has been read by someone else and it will show signs of wear and previous use. Overall we expect it to be in very good condition, but if you are not entirely satisfied please get in touch with us.