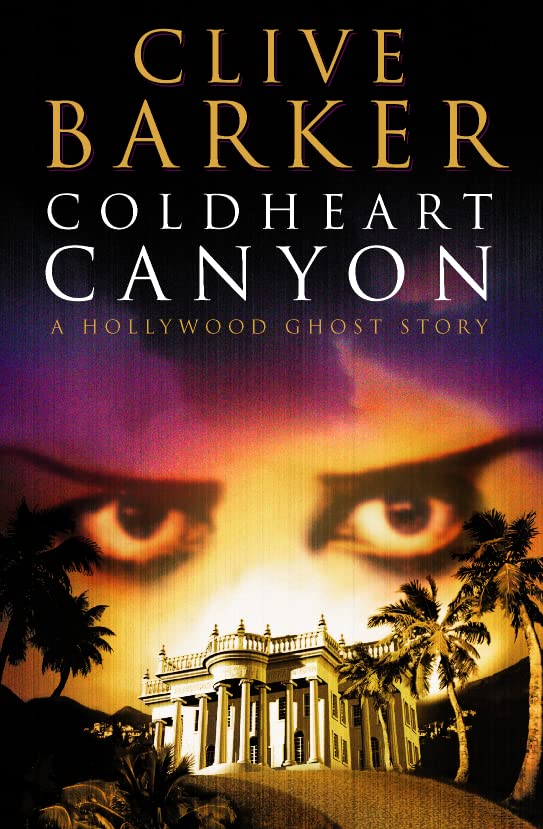 Following extensive cosmetic surgery, Hollywood superstar Todd Pickett needs somewhere to hide away while his scars heal. His manager finds the ideal location, Coldheart Canyon - a dream-palace hidden away in a corner of the city so secret it doesn't even appear on a map.

In the 20s, `A' list stars came to the Canyon to have the kind of parties nobody was supposed to know about. It wasn't just the wild sex and the drugs that made Amorette's parties so memorable. There was a door in the bowels of the dream-palace, which reputedly opened onto another world - the Devils' Country - where nothing was forbidden. Nothing...

As a Hollywood insider with a keen eye for its idiocies and horrors Clive Barker is uniquely positioned to write this vitriolic Tinseltown ghost story. Coldheart Canyon is an irresistible and unmerciful picture of Hollywood and its demons, told with all the style and raw narrative power that have made Barker's books and films a worldwide phenomenon.

`An invocation of both magic and the imagination... A majestic maze of mythmaking'
WASHINGTON TIMES

`A fabulous, engrossing war of the worlds'
PEOPLE MAGAZINE

Clive Barker was born in Liverpool in 1952. He is the worldwide bestselling author of the Books of Blood, and numerous novels including Imajica, The Great and Secret Show, Sacrament and Galilee. In addition to his work as a novelist and short story writer, he also illustrates, writes, directs and produces for the stage and screen.

GOR005633428
Coldheart Canyon by Clive Barker
Clive Barker
Used - Very Good
Paperback
Unknown
0
0007110480
9780007110483
N/A
Book picture is for illustrative purposes only, actual binding, cover or edition may vary.
This is a used book - there is no escaping the fact it has been read by someone else and it will show signs of wear and previous use. Overall we expect it to be in very good condition, but if you are not entirely satisfied please get in touch with us.