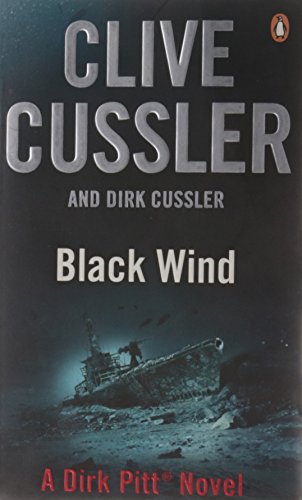 In Stock
£4.49
In the dark, final days of World War Two, two submarines set out from Japan bearing a deadly virus destined for US cities. But neither boat was heard of again ...Present day: NUMA Special Projects Director Dirk Pitt rescues a team of scientists from a deadly cloud of poison gas in the North West Pacific.
Very Good
16 in stock

In the waning days of World War II, the Japanese tried a last desperate measure - a different kind of kamikaze mission, this one carried out by two submarines bound for the west coast of the United States, their cargo a revolutionary new strain of biological virus. Neither sub made it to the designated target. But that does not mean they were lost. Someone knows about the subs and what they carried, knows too where they might be, and has an extraordinary plan in for the prize inside - a plan that could reshape the world as we know it. All that stands in the way are three people: a marine biologist named Summer, a marine engineer named Dirk, and their father, Dirk Pitt, the new head of NUMA. Pitt has faced devastating enemies before, has even teamed up with his children to track them down. But never has he looked upon the face of pure evil...until now. Filled with dazzling suspense and breathtaking action, Black Wind is Cussler at the height of his storytelling powers.

Clive Cussler (Author)
Clive Cussler is the author and co-author of a great number of international bestsellers, including the famous Dirk Pitt (R) adventures, such as Havana Storm; the NUMA (R) Files adventures, most recently The Rising Sea; the Oregon Files, such as Typhoon Fury; the Isaac Bell historical thrillers, which began with The Chase; and the recent Fargo Adventures which lastly included The Gray Ghost. He lives in Arizona.

GOR000545458
Black Wind: Dirk Pitt #18 by Clive Cussler
Clive Cussler
The Dirk Pitt Adventures
Used - Very Good
Paperback
Penguin Books Ltd
2005-10-27
688
0141020687
9780141020686
N/A
Book picture is for illustrative purposes only, actual binding, cover or edition may vary.
This is a used book - there is no escaping the fact it has been read by someone else and it will show signs of wear and previous use. Overall we expect it to be in very good condition, but if you are not entirely satisfied please get in touch with us.