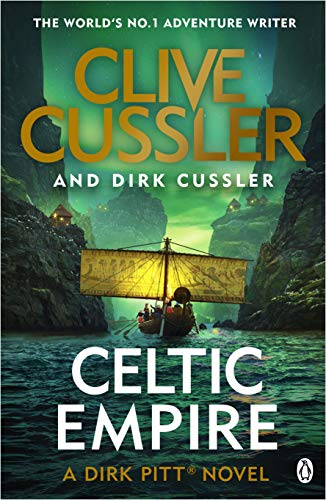 FOLLOW DIRK PITT ON THE TRAIL OF AN ANCIENT MYSTERY IN THE SUNDAY TIMES NO. 1 BESTSELLER FROM MASTER OF ADVENTURE, CLIVE CUSSLER

A deadly collision puts Dirk Pitt on the trail of an ancient mystery stretching back thousands of years . . .

When a rogue cargo freighter strikes an oil tanker in the Detroit River, the oil spill is the worst marine disaster in years. Dirk Pitt's NUMA team lead the clean-up operation, with the help of new green tech firm, BioRem.

But when one of NUMA's best divers dies suspiciously while working on the wreck, Pitt fears there's more to BioRem than simply saving the environment.

Discovering a trail of unexplained deaths which appear to be linked to BioRem's sites around the world, Pitt unravels a mystery from our past that could jeopardise mankind's future.

But someone is determined to make sure Pitt and his associates don't survive to learn the truth . . .

'Just about the best in the business' New York Post

Praise for Clive Cussler * - *
The Adventure King * Sunday Express *
Cussler is hard to beat * Daily Mail *
Just about the best in the business * New York Post *
Oceanography's answer to Indiana Jones. Exotic locations, ruthless villains, and many narrow escapes - Cussler's fans come for swashbuckling and he delivers * Associated Press *
Nobody does it better . . . nobody! -- Stephen Coonts

GOR010525603
Celtic Empire: Dirk Pitt #25 by Clive Cussler
Clive Cussler
The Dirk Pitt Adventures
Used - Like New
Paperback
Penguin Books Ltd
2020-03-19
464
1405937157
9781405937153
N/A
Book picture is for illustrative purposes only, actual binding, cover or edition may vary.
The book has been read, but looks new. The book cover has no visible wear, and the dust jacket is included if applicable. No missing or damaged pages, no tears, possible very minimal creasing, no underlining or highlighting of text, and no writing in the margins.