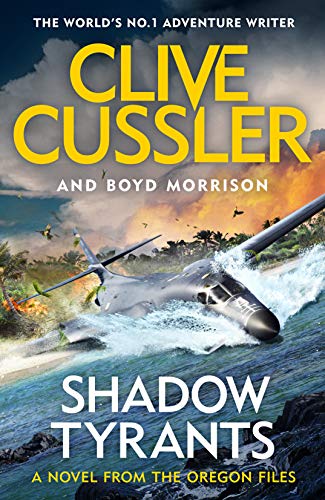 Only Juan Cabrillo and the crew of the Oregon stand between two warring moguls and global havoc in this thrilling suspense novel in Clive Cussler's #1 New York Times bestselling series.

Nearly two thousand years ago, an Eastern emperor charged a small group with safeguarding a body of knowledge and secrets powerful enough to change the history of mankind.They went down in legend as the Nine Unknown Men - and now two rival factions of the descendants are fighting a mighty battle.

Both sides think they are saving the world, but one of them is willing to use horrifying means to accomplish its goals. Now it is up to Cabrillo and his team of expert operatives to stop both of them from the destructive path they're on, and save the earth from a dynasty of terror.

GOR009630764
Shadow Tyrants: Oregon Files #13 by Clive Cussler
Clive Cussler
The Oregon Files
Used - Very Good
Paperback
Penguin Books Ltd
2018-09-07
400
0241349532
9780241349533
N/A
Book picture is for illustrative purposes only, actual binding, cover or edition may vary.
This is a used book - there is no escaping the fact it has been read by someone else and it will show signs of wear and previous use. Overall we expect it to be in very good condition, but if you are not entirely satisfied please get in touch with us.