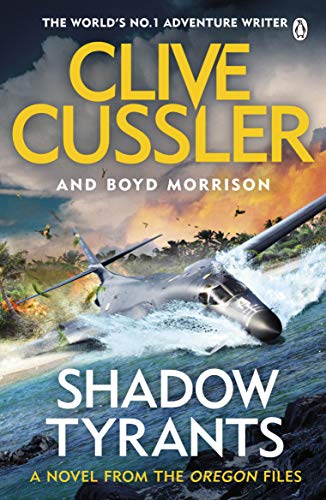 When Juan Cabrillo and the Oregon crew board a ship in the Indian ocean little do they realise that they will soon put themselves in the sights of a mysterious ancient cabal bent on world domination.

The Colossus Project sees 2000 years of esoteric knowledge distilled into a device so powerful no force on Earth can stop it - but now two different groups are fighting to control it.

Only Juan Cabrillo and the Oregon stand in their way. But only if they can first discover the location of these shadow tyrants and - more importantly - the deadly device they have brought into being . . .
___________

GOR009963546
Shadow Tyrants: Oregon Files #13 by Clive Cussler
Clive Cussler
The Oregon Files
Used - Very Good
Paperback
Penguin Books Ltd
2019-08-08
448
1405937092
9781405937092
N/A
Book picture is for illustrative purposes only, actual binding, cover or edition may vary.
This is a used book - there is no escaping the fact it has been read by someone else and it will show signs of wear and previous use. Overall we expect it to be in very good condition, but if you are not entirely satisfied please get in touch with us.