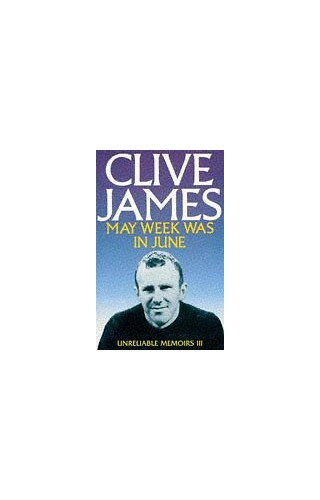 May Week Was In June
by Clive James

May Week Was In June Summary

May Week Was In June by Clive James

`Arriving in Cambridge on my first day as an undergraduate, I could see nothing except a cold white October mist. At the age of twenty-four I was a complete failure, with nothing to show for my life except a few poems nobody wanted to publish in book form.'

Falling Towards England - the second volume of Clive James's Unreliable Memoirs - was meant to be the last. Thankfully, that's not the case. In `Unreliable Memoirs III', May Week Was in June, Clive details his time at Cambridge, including film reviewing, writing poetry, falling in love (often), and marrying (once) during May Week - which was not only in June but also two weeks long . . .

May Week Was In June Reviews

Nobody writes like Clive James; he has invented a style. * Spectator *
He turns phrases, mixes together cleverness and clownishness, and achieves a fluency and a level of wit that make his pages truly shimmer . . . May Week Was In June is vintage James. * Financial Times *

Clive James is the author of more than thirty books. As well as his memoirs, he has published essays, literary and television criticism, travel writing, verse and novels, plus five volumes of autobiography, Unreliable Memoirs, Falling Towards England, May Week Was In June, North Face of Soho and The Blaze of Obscurity. As a television performer he has appeared regularly for both the BBC and ITV, most notably as writer and presenter of the Postcard series of travel documentaries.

In 1992 he was made a Member of the Order of Australia and in 2003 he was awarded the Philip Hodgins memorial medal for literature.

GOR001198804
May Week Was In June by Clive James
Clive James
Used - Very Good
Paperback
Pan Macmillan
1991-06-01
256
0330315226
9780330315227
N/A
Book picture is for illustrative purposes only, actual binding, cover or edition may vary.
This is a used book - there is no escaping the fact it has been read by someone else and it will show signs of wear and previous use. Overall we expect it to be in very good condition, but if you are not entirely satisfied please get in touch with us.