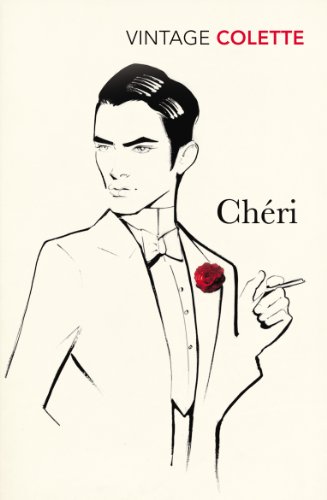 Used Price
£5.49
New RRP £7.99
Free Shipping in the UK
A vivid, believable love story between an older woman and a younger man. She has devoted the last six years to the amorous education of the exquisitely handsome and spoilt Cheri - a playboy half her age. When an advantageous marriage is arranged for Cheri, Lea reluctantly decides their relationship must end.
Reviews:
Trustpilot
Very Good Good

A vivid, believable love story between an older woman and a younger man. Lea de Lonval is a magnificent and aging courtesan facing the end of her career. She has devoted the last six years to the amorous education of the exquisitely handsome and spoilt Cheri - a playboy half her age. When an advantageous marriage is arranged for Cheri, Lea reluctantly decides their relationship must end. But neither lover can foresee how deeply they are connected, or how much they will have to give up. First published in 1920, it was instantly greeted by Marcel Proust and Andre Gide as a masterpiece. `I devoured Cheri at a gulp. What a wonderful subject and with what intelligence, mastery and understanding of the least-admitted secrets of the flesh' Andre Gide

"Colette is a kind of corsetiere of love. This most French of all French writers tells us how love sometimes binds and keeps a woman from breathing freely or how it may shape and support her and help her to be beautiful . . . One thinks of her as the female voice of Paris . . . It's as if all the house fronts of Paris were cut away and we could see men and women talking, dressing, brooding, loving" -- Anatole Broyard * New York Times *
"Everything that Colette touched became human... She was a complete sensualist; but she gave herself up to her senses with such delicacy of perception, with such exquisiteness of physical pain as well as physical ecstasy, that she ennobled sensualism almost to grandeur" * The Times *
"Sumptuous" * Time *
"A perfectionist in her every word" * Spectator *
"Her sensual prose style made her one of the great writers of twentieth-century France" * New York Times *

Colette, the creator of Claudine, Cheri and Gigi, and one of France's outstanding writers, had a long, varied and active life. She was born in Burgundy on 1873 into a home overflowing with dogs, cats and children, and educated at the local village school. At the age of twenty she moved to Paris with her first husband, the notorious writer and critic Henry Gauthiers-Viller (Willy). By locking her in her room, Willy forced Collette to write her first novels (the Claudine sequence), which he published under his name. They were an instant success. Colettte left Willy in 1906 and worked in music-halls as an actor and dancer. She had a love affair with Napoleon's niece, married twice more, had a baby at 40 and at 47. Her writing, which included novels, portraits, essays and a large body of autobiographical prose, was admired by Proust and Gide. She was the first woman President of the Academie Goncourt, and when she died, aged 81, she was given a state funeral and buried in Pere Lachaise Cemetery in Paris.

GOR001379053
Cheri by Colette
Colette
Used - Very Good
Paperback
Vintage Publishing
2001-09-06
128
009942276X
9780099422761
N/A
Book picture is for illustrative purposes only, actual binding, cover or edition may vary.
This is a used book - there is no escaping the fact it has been read by someone else and it will show signs of wear and previous use. Overall we expect it to be in very good condition, but if you are not entirely satisfied please get in touch with us.