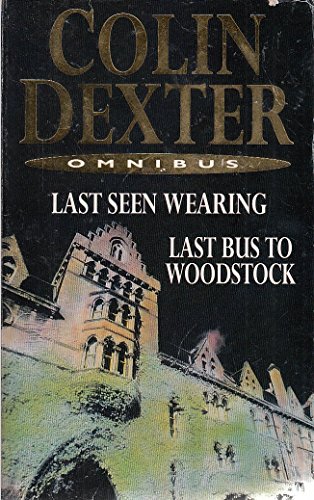 Lewis was nobody's fool and was a man of some honesty and integrity.

An engaging smile crept across Morse's mouth. He thought they would get on well together . . .

The death of Sylvia Kaye figured dramatically in Thursday afternoon's edition of the Oxford Mail.

By Friday evening Inspector Morse had informed the nation that the police were looking for a dangerous man - facing charges of wilful murder, sexual assault and rape.

But as the obvious leads fade into twilight and darkness, Morse becomes more and more convinced that passion holds the key . . .

Morse was beset by a nagging feeling. Most of his fanciful notions about the Taylor girl had evaporated and he had begun to suspect that further investigation into Valerie's disappearance would involve little more than sober and tedious routine . . .The statements before Inspector Morse appeared to confirm the bald, simple truth.

After leaving home to return to school, teenager Valerie Taylor had completely vanished and the trail had gone cold.

Until two years, three months and two days after Valerie's disappearance, somebody decides to supply some surprising new evidence for the case . . .

GOR000589740
Last Seen Wearing/Last Bus Wood Duo by Colin Dexter
Colin Dexter
Used - Very Good
Paperback
Pan Macmillan
2002-10-11
0330418173
9780330418171
N/A
Book picture is for illustrative purposes only, actual binding, cover or edition may vary.
This is a used book - there is no escaping the fact it has been read by someone else and it will show signs of wear and previous use. Overall we expect it to be in very good condition, but if you are not entirely satisfied please get in touch with us.