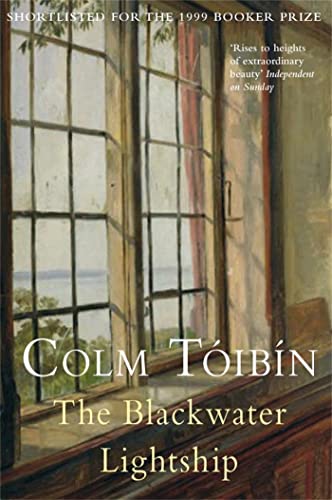 The Blackwater Lightship
by Colm Toibin

Out of Stock
A story of resolution, compassion and love, The Blackwater Lightship reveals the intense connection between grandmother, mother and daughter.
Very Good
Only 0 left

The Blackwater Lightship by Colm Toibin

Set in Ireland in the 1990s, Colm Toibin's The Blackwater Lightship tells the story of the Devereux family. Dora Devereux, her daughter Lily and her granddaughter Helen - have come together after years of strife and reached an uneasy truce. Helen's adored brother Declan is dying. Two friends join him and the women in a crumbling old house by the sea, where the six of them, from different generations and with different beliefs, must listen and come to terms with one another.

GOR001170293
The Blackwater Lightship by Colm Toibin
Colm Toibin
Used - Very Good
Paperback
Pan Macmillan
2000-04-14
288
0330389866
9780330389860
Short-listed for Man Booker Prize 1999 (UK)
Book picture is for illustrative purposes only, actual binding, cover or edition may vary.
This is a used book - there is no escaping the fact it has been read by someone else and it will show signs of wear and previous use. Overall we expect it to be in very good condition, but if you are not entirely satisfied please get in touch with us.