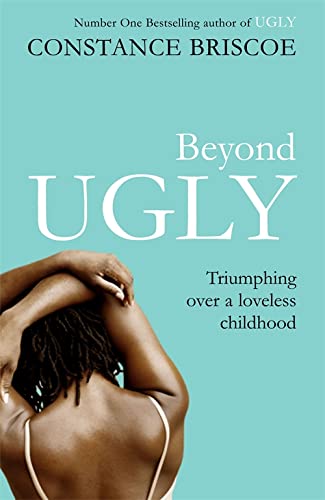 Beyond Ugly
by Constance Briscoe

Beyond Ugly by Constance Briscoe

From the Number One Bestsellign author of UGLY Despite her mother's constant physical and psychological abuse, Constance Briscoe has gained a place at Newcastle University to study law - a long-held ambition. She finances her studies by several jobs at weekends and during the holidays, including working with the terminally ill in a hospice. She also finds the money to pay for several cosmetic surgery treatments in an attempt to transform the face that her mother has convinced her is ugly, ugly, ugly. With the degree achieved, Constance takes up Michael Mansfield's invitation to become a pupil in his prestigious chambers. But she didn't find the support and encouragement she expected.

As compulsive as her bestselling debut, UGLY. * Woman & Home *
It is a truly remarkable read from someone who overcame a torrid start in life. * Sun *

* Daily Mail *
Reading the book is like an exercise in bottling up your rage. Afterwards, you feel helpless and disturbed. Which is only right. * Standard *
An astonishing true story of hope over adversity * Mail on Sunday *
Remarkable * Good Housekeeping *
Horrific, but remarkable too. * Lesley Pearse *
A heart-rending account of a mother's cruelty from one of the first black women to sit as a judge in the UK. * Elle *

Constance Briscoe practises as a barrister and in 1996 became a part-time judge - one of the first black women to sit as a judge in the UK. She lives in Clapham with her two children, Martin and Francesca. Her partner is Tony Arlidge QC.

GOR001149025
Beyond Ugly by Constance Briscoe
Constance Briscoe
Used - Very Good
Paperback
Hodder & Stoughton General Division
2008-08-21
288
0340933259
9780340933251
N/A
Book picture is for illustrative purposes only, actual binding, cover or edition may vary.
This is a used book - there is no escaping the fact it has been read by someone else and it will show signs of wear and previous use. Overall we expect it to be in very good condition, but if you are not entirely satisfied please get in touch with us.